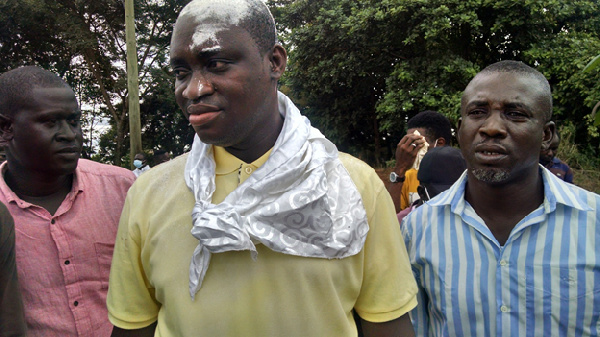 Mr. Thomas Owusu Ansah, who was nominated by President Akufo-Addo for the DCE position for the Ahafo-Ano South-East, polled 29 YES votes out of the 31, to seal his victory at an election supervised by the District Electoral Commission at Adugyama.

This represented 93.5 percent of the votes.

Mr Owusu Ansah after the confirmation thanked the President for the confidence reposed in him to steer the affairs of the district.

He also thanked the assembly members, traditional leaders, heads of departments, and NPP constituency executives for supporting him and called for unity among all stakeholders to speed up the process of development in the district.

He expressed his readiness to work in unity with everyone for the dream of the President to transform the district through development.”We should all work together to bring development to this district. I need the support of everyone as exhibited in my endorsement so that this dream is made a reality”, Mr Owusu Ansah pleaded.

Mr Francis Adomako, who represented the Ashanti Regional Minister thanked the assembly members for endorsing the President’s nominee and advised the DCE to work in close relationship with assembly members and other stakeholders to ensure rapid development of the district.

At Mankranso, the district capital of the Ahafo Ano South-West, Mr. Joseph Bonsu Frimpong, the President’s nominee polled 33 YES votes out of the total 39 votes cast to validate his victory.

This represented 84.6 percent of the votes cast.

He thanked members of the assembly for the endorsement and pledged to work in close collaboration with chiefs, assembly members, security agencies and all other stakeholders to ensure that the district received its fair share of development.

Madam Ama Ampomah, Ashanti regional Women’s Organiser of the NPP, who represented the Regional Minister, Mr Simon Osei Mensah, entreated members of the assembly to support the new government appointee to ensure the speedy development of the district.