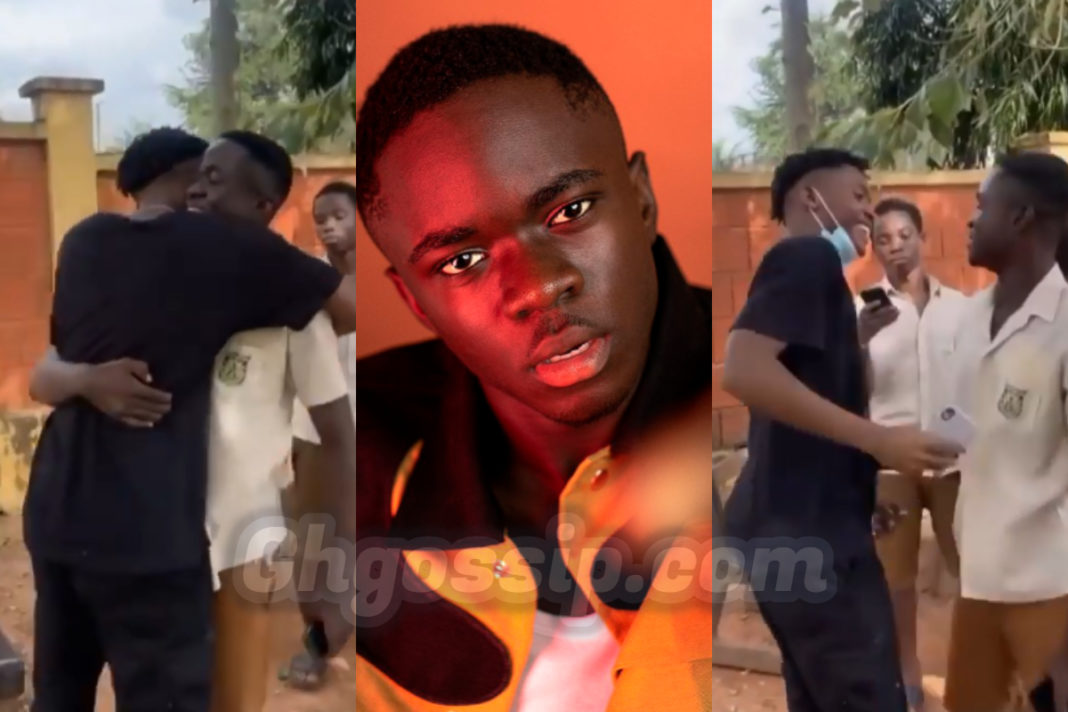 READ ALSO: “Your Girlfriend Doesn’t Post You Because She’s Still Looking For A Better Partner Who Matches Her Brand To Post”-Stonebwoy

A few days ago, the “Sore” hitmaker sounded a strong warning to her naysayers on social media that he will not entertain any ‘go and learn’ comment from anyone after writing his final paper in the just ended WASSCE.

Well, today, Yaw Tog is now set to invest all his effort and resources into his music brand as he finally gains freedom from all academic works, at least for some time.

A video currently making rounds on the digital space captures the moment his colleague, Malcolm Nuna congratulated him on his school’s premises for completing successfully. However, we await his results in some months to come.

In other news, outspoken Ghanaian TikTok lady, Linda Osei has taken a swipe at the Kumawood actor, Big Akwes over his recent rants against Kwadwo Nkansah Lilwin, claiming he is the reason behind the downfall of the Kumawood movie industry.

According to Mama Linda, Big Akwes only aims at getting the majority to hate Kwadwo Nkansah Lilwin because the latter has been blessed with an extraordinary talent and has been a pillar in the Kumawood movie industry.

She claims Kwadwo Nkansah Lilwin saved the Kumawood movie industry after some industry players connived to work against the once-vibrant actor, Agya Koo who also contributed enormously to the movie industry.