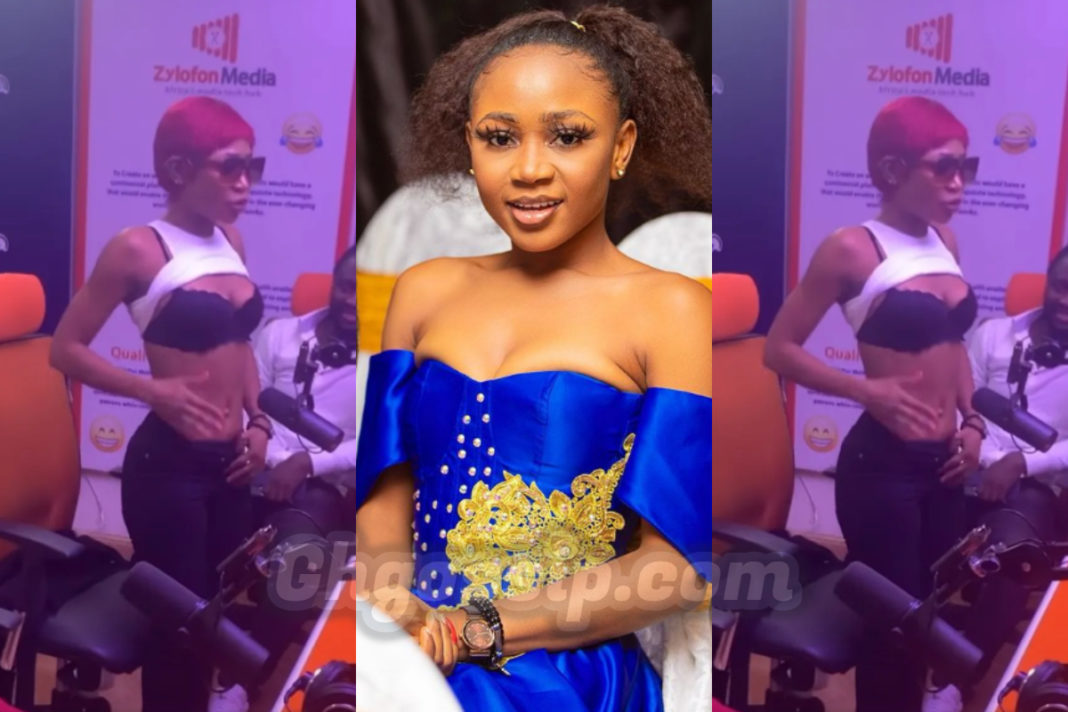 Recall, she got herself into trouble after sharing a naked photo of herself and her young son during his birthday in 2020. She was sentenced to spend 90 days in prison but thanks to her lawyers, she gained freedom after she was granted bail by an Accra Circuit Court.

While demonstrating that childbirth has had no effect on her tummy and body shape, she decided to give the pundits and host a view of her flat tummy by taking off her top for them to see what she was talking about. Probably, she was trying to advertise some of the flat tummy products she advertises on her IG page.

While performing at the Dede Live show at the Timbuktu by a road dinner party, Blakk Rasta while delivering his lines lamented on how the Akufo Addo-led government has refused to boost the economy by taking the right decisions to help the economy grow.

According to him, the government has refused to adapt to some practices in some advanced countries they always solicit funds from.