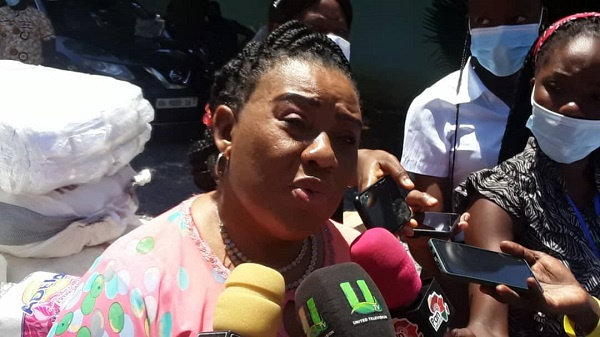 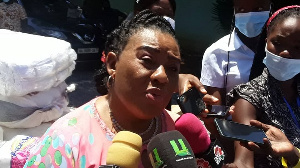 • Gertrude Quashigah says she is yet to meet the Minister for Gender, Children and Social Protection

• All to efforts to meet the minister have yielded no result

• She had a strong relationship with Otiko Djaba

Gertrude Quashigah, the National Coordinator of the Ghana School Feeding Program has disclosed that unlike her predecessors, she does not share a strong bond with Sarah Adwoa Safo, the Minister for Gender Children and Social Protection.

Gertrude Quashigah revealed on Metro TV’s Good Evening Ghana program that she had a mutually respectful and warm relationship with former ministers Otiko Djaba and Cynthia Morrision but same cannot be said of the current minister.

Quizzed by the host Paul Adom-Otchere on her relations with Adwoa Safo, the wife of the former Health Minister said “there should be a good relationship between me and the minister.”

Paul Adom-Otchere probed further and she answered “I had a good relationship with Cynthia Morrison and Otiko Djaba. The Ministry has seen three ministers.”

She revealed that she is yet to meet Adwo Safo since she was appointed by President Nana Addo Dankwa Akufo-Addo.

Gertrude Quashigah said efforts have been made from her side to hold talks with the ministry under which her directorate operates but has been unsuccessful so far.

She cited an incident where she spent more than six hours at the Gender Ministry but never had the chance to meet Adwoa Safo.

“We’ve not met since she came. I have tried severally and written letters to meet her and brief her on the program and also to chat with her because I should be doing that. I report to her every quarter. She made the attempt that we should meet but I went there and sat there from 1 o’clock to almost 7 pm but she never turned up. “

Asked by Adom-Otchere if she is nursing any ministerial ambitions, Gertrude Quashigah said “we are moving forward.”

Gertrude Quashigah who is the wife of late former minister Major (rtd) Courage Quashigah is rumored not to be in the good books of Adwoa Safo.

It will be recalled that she was dismissed by the Gender Ministry only to be reinstated after a reported intervention from key government officials.