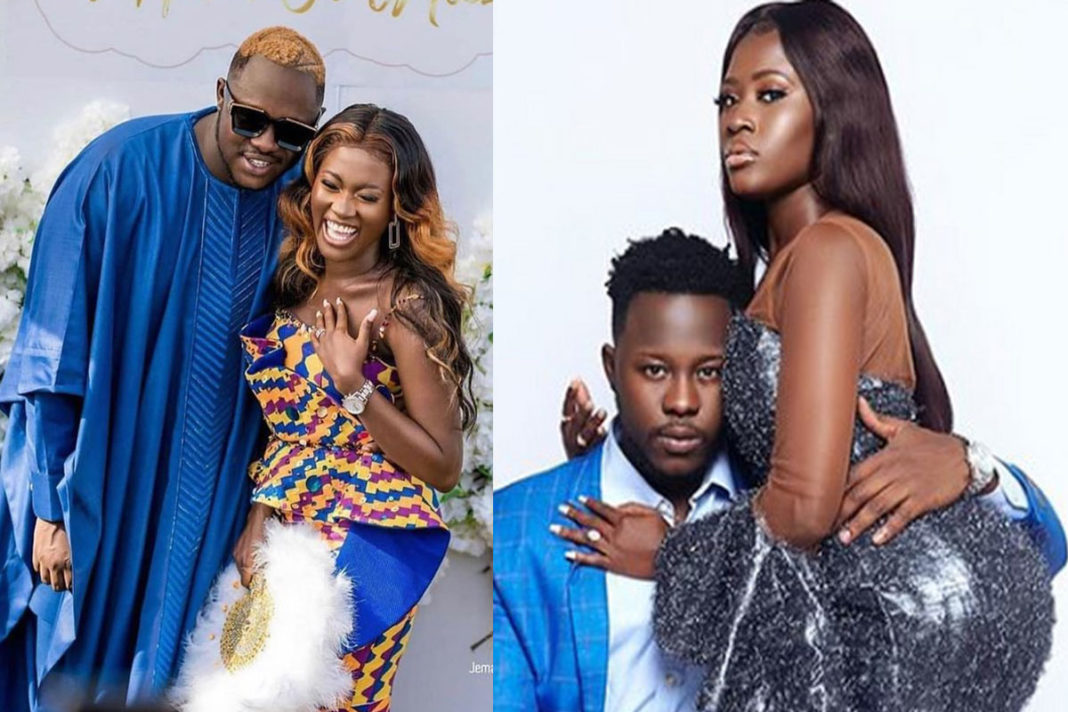 Manager of Fella Makafui, Richie has set the record straight by saying the actress and influencer together with her rapper husband never begged for the Pinamang deal.

He stated that the two charged almost ₵180,000 so he has no idea why some people are saying otherwise to the point of saying Fella and Medikal begged for the deal which is a complete fallacy.

He made this known when Rashad of GHPage fame hosted him on his platform for an exclusive interview.

Recently, Medikal’s cute daughter with actress Fella Makagui, Island Frimpong jumped ahead of the gun by grabbing a miniature microphone from him and put it in her mouth.

This happened when the award-winning rapper was spending quality time with his bundle of joy as well as taking her through some music lessons. The little girl obviously cannot wait to toe her father’s line and you could evidently deduce it from the figurative swallowing of the mic.

Medikal was in the news recently when he was spotted in a new video flaunting his newly acquired American pistol on social media.

The rapper took to his Instagram story page to proudly reveling in his new handgun which is said to be the famous Ruger American brand.

Wikipedia describes the Ruger American Pistol as a polymer-framed, semi-automatic pistol introduced by Ruger in December 2015. The pistol uses a pre-tensioned striker firing system and is chambered in 9mm Luger and .45 ACP. It costs $579 (approximately ₵3,500).