Big Akwes Is Very Evil, He Slept With A Snake For Powers – Kumawood Actor (Video) 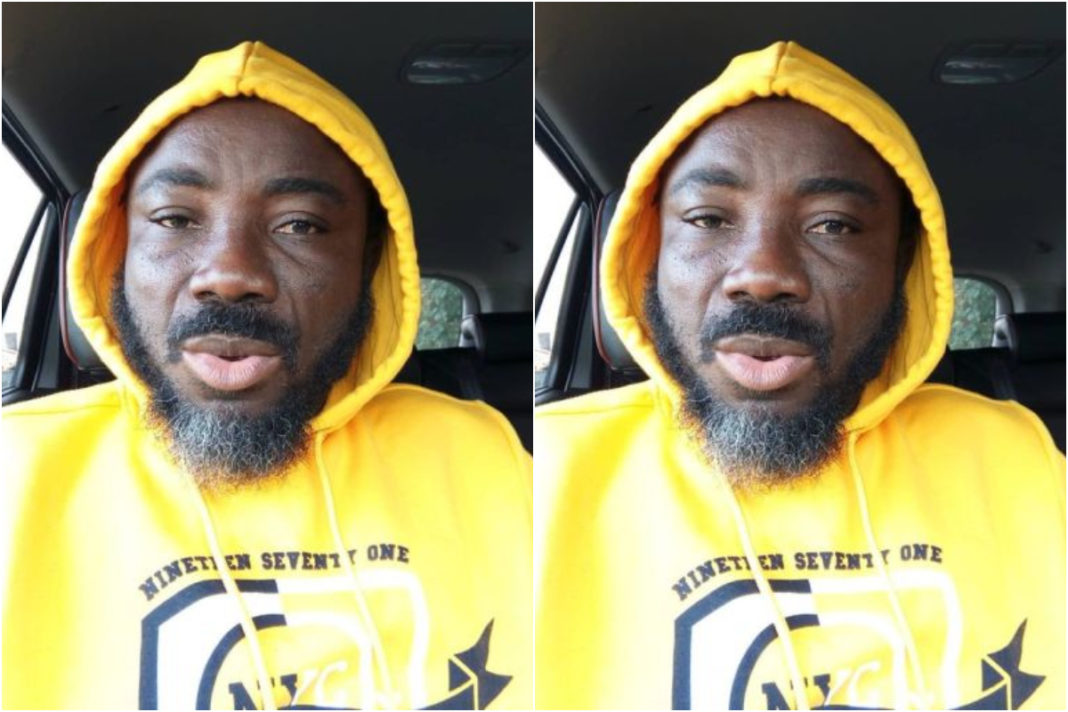 A yet-to-identified actor has dropped some chilling secrets about his colleague, Big Akwes concerning the source of his mystical powers.

According to the actor, Big Akwes is a very evil man and he is not what he portrays for people to see as he hides his true cruel nature.

The actor recounted an encounter he once had with Big Akwes in  Kronum, a suburb of Kumasi. The man explained that while they were in the car on their way to their destination, Big Akwes retrieved a large snake in his car and began to have an intimate moment with the animal.

He added that Big Akwes proceeded to remove his p3nis to penetrate the snake while it lay on his laps. The man averred that he asked Big Akwes the purpose of the snake and he was told that it serves as the spiritual protector of Big Akwes.

Meanwhile, Big Akwes recently disclosed that he has killed a lot of people by placing curses on them. Big Akwes made this disclosure during an interview with blogger ZionFelix. Big Akwes disclosed to the host Zion Felix that he does not forgive people when they offend him because he is not a Christian.

Big Akwes disclosed that most of his colleagues in the showbiz industry fear him and do not take him for granted because he likes cursing people who take advantage of him.

Big Akwes also blasted Lilwin and Top Kay and described them as evil people who are the cause of the unending enmity between actors and actresses in the movie industry.