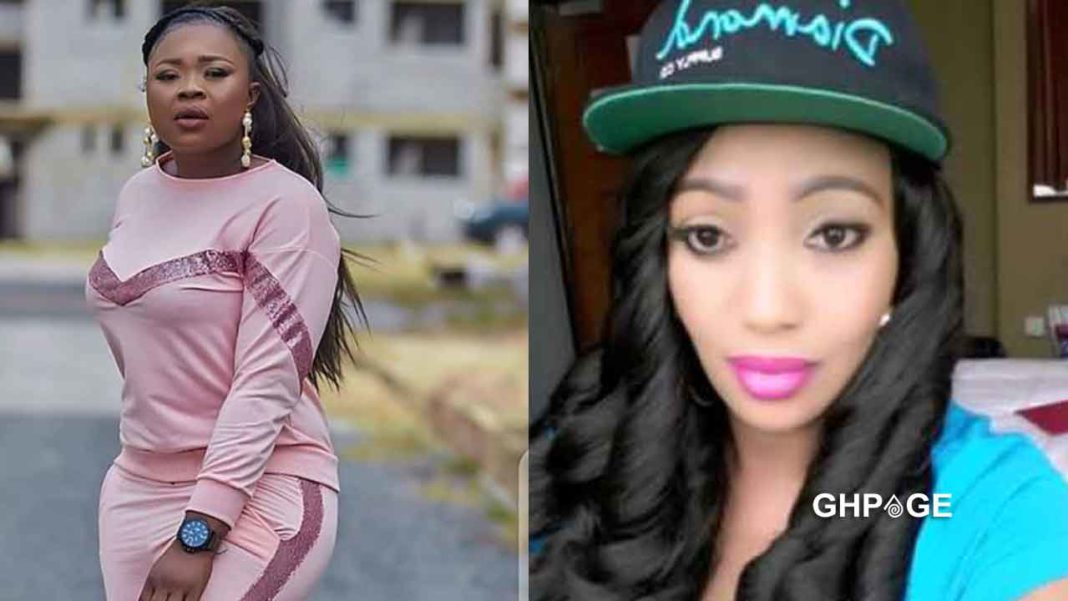 Regina Adu Safowaa has fired back at Diamond Appiah after the latter threw shots at her amid beef with Nana Aba over one Nana Doe, an alleged boyfriend of the Newscaster days ago.

In a fresh attack, Controversial Adu Safowaa has alleged that Diamond Appiah and very ugly and on top pay 18-year-old boys to sleep with her for pleasure. She described Appiah as a depressed woman with no family, child and man.

Safowaa claims even the boys don’t want to touch her – they return the money because she looks like a corpse. She made these defamatory statements in post on social media.

This comes after Diamond on her page blasted Adu Sarfowaa for dragging the name of Nana Aba Anamoah in her mess for clout.

According to her, Safowaa is a smelly, unemployed ‘thing’ who always finds ways to attack those better than her.

This is what Diamond Appiah wrote;