I’m sexually attracted to Beyoncé, I’m dating her in my head – Efia Odo hints at being pansexual » ™ 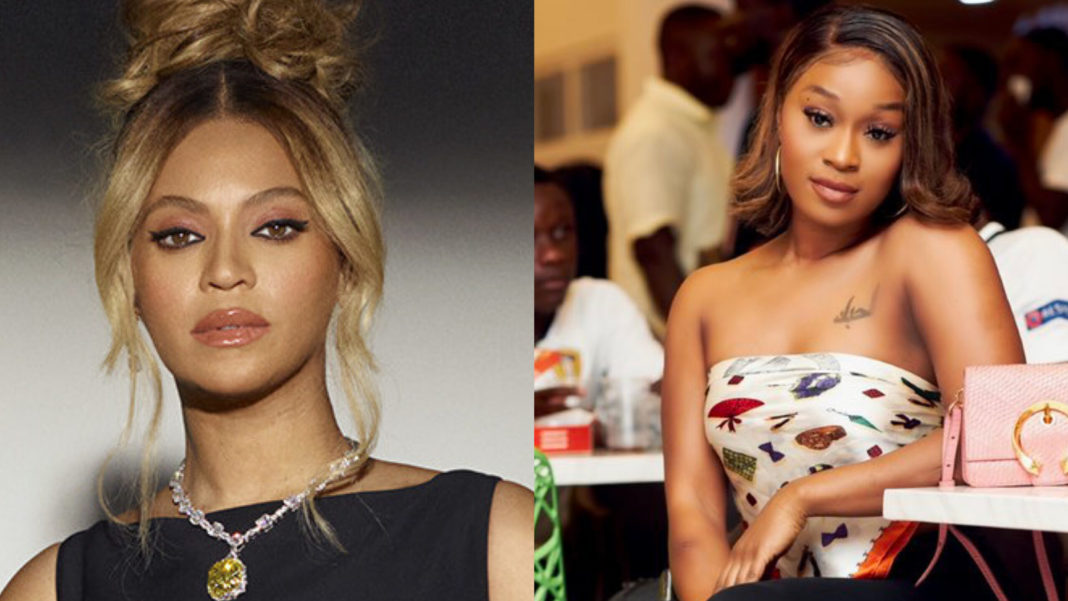 Ghanaian socialite Efia Odo has hinted at being a pansexual by claiming that she is sexually attracted to American singer Beyoncé.

She confirmed that she is dating the singer in her head.

This was Efia Odo’s response to a tweet by Pulse Ghana asking people to name celebrities they are dating or are in  hypothetical relationships with.

Efia Odo did not hesitate to mention Beyoncé thereby confirming that she is a pansexual, a person that is attracted to people irrespective of their gender. 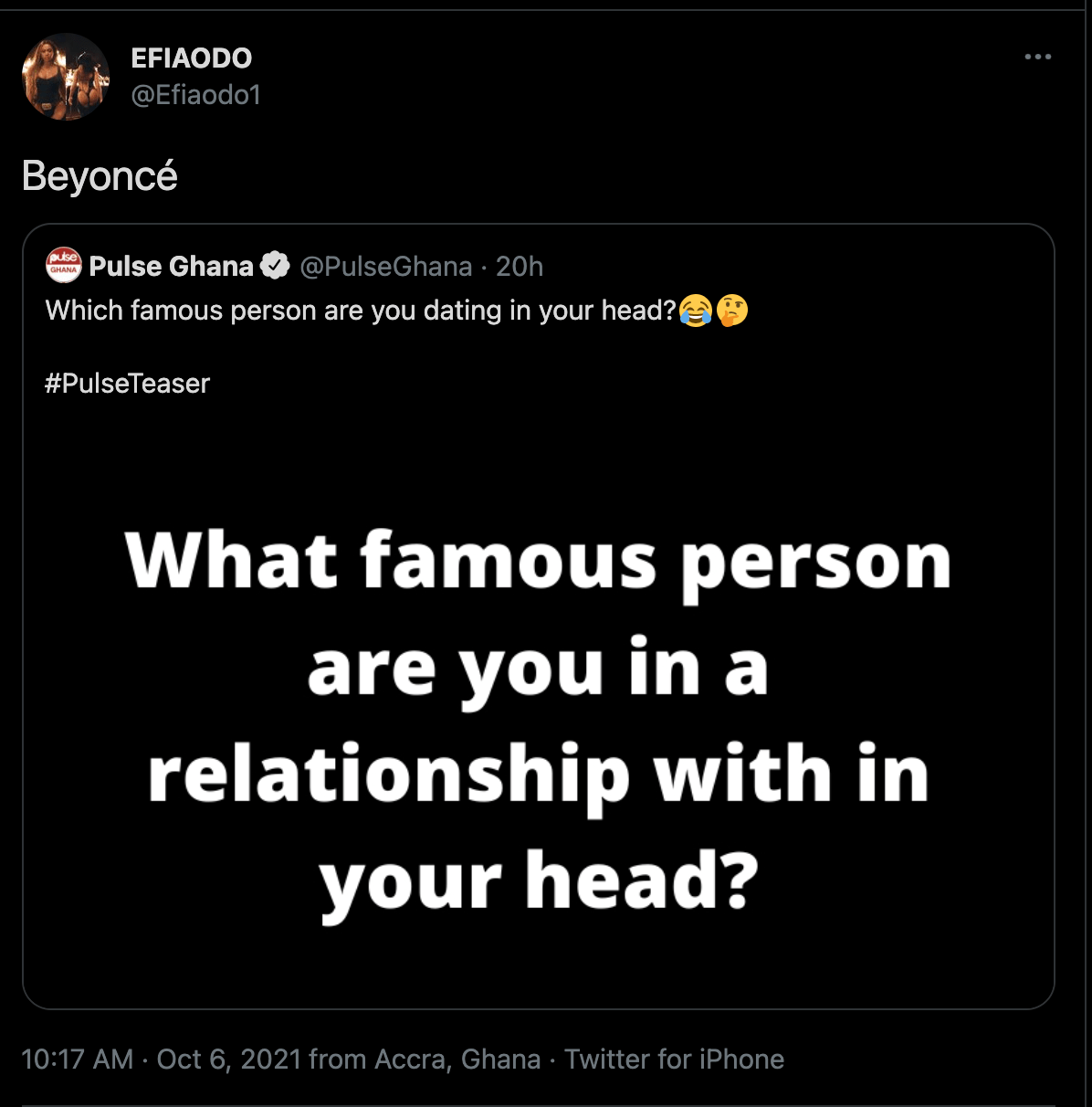 Efia Odo has always given people reasons to believe that she either practises LGBTQI or supports it strongly. She has publicly declared her support for the decriminalization of LGBTQI in Ghana and some instances had been seen locking lips with her female counterparts.

Therefore, announcing that she is attracted to Beyoncé and in a relationship with her in her mind kinda confirms all hints and erases all doubts.

Pansexuality is sexual, romantic, or emotional attraction towards people regardless of their sex or gender identity. Pansexual people may refer to themselves as gender-blind, asserting that gender and sex are not determining factors in their romantic or sexual attraction to others. [Wikipedia]

The LGBTQ community is pushing for their rights however a Private Member Bill PMB has been submitted for the criminalization of homosexuality activities.

Efia Odo was earlier campaigning for the country to be fixed before she decided to go off social media after being dragged to court including some of that campaigner of the fix the country agenda.

The actress has resumed her social media activities and as you know, she stormed the gram with the photo of herself and her lesbian partner.

Though people couldn’t conclude if they’re indeed lesbian partners but the caption was very cryptic but now she has concluded it.

In a recent video that has surfaced online, Efia Odo has been spotted kissing and smoking with her lesbian.