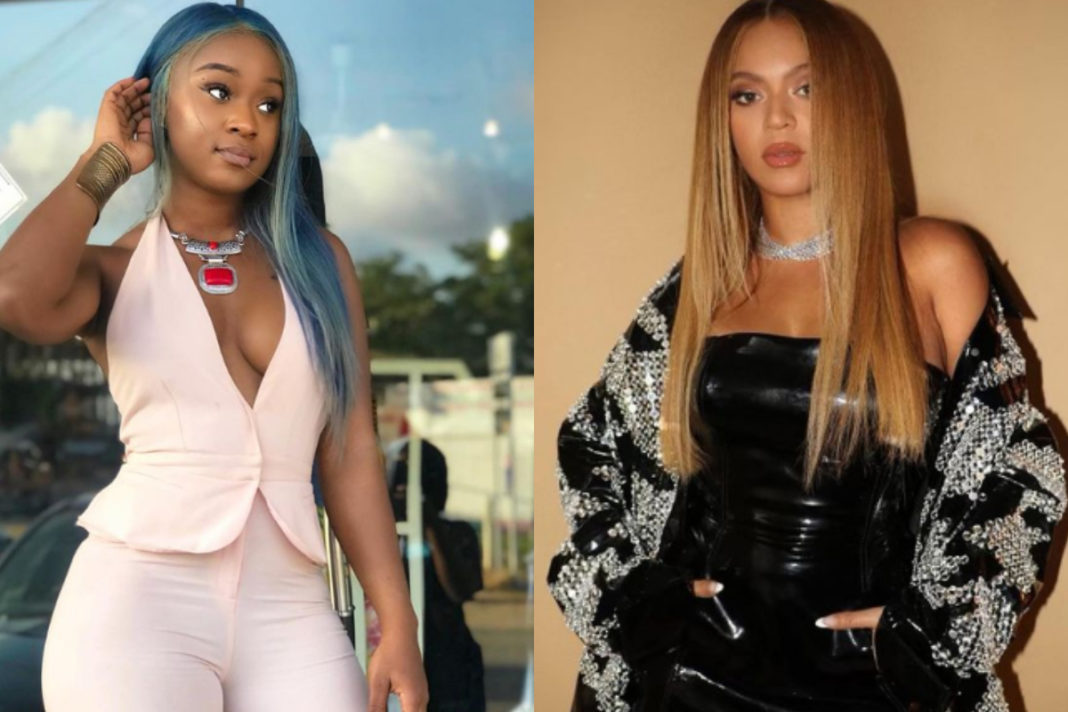 READ ALSO: “Fun Foolers From All Angles, When I Don’t Pick Your Calls Just Do Your Maths”-Medikal Goes After Okese1 On Snapchat [Screenshot]

This was Efia Odo’s answer to a Pulse Ghana tweet asking individuals to name celebrities with whom they are dating or who they are in hypothetical relationships.

Efia Odo didn’t think twice before mentioning Beyoncé, proving her status as a bisexual, or someone who is attracted to persons of both genders. Well, we are hoping that her comments only have to deal with the fact that she admires the singer for her craft and impact in the entertainment industry worldwide.

Should her comment be anything besides the aforementioned, we are to believe that the actress wishes to engage in some LGBTQ activities with the singer should the chance present itself.

As a reminder, Beyonce is legally married to the American rapper and businessman, Shawn Corey Carter, known professionally as Jay-Z. They have been married since 2008 and are blessed with three lovely kids.