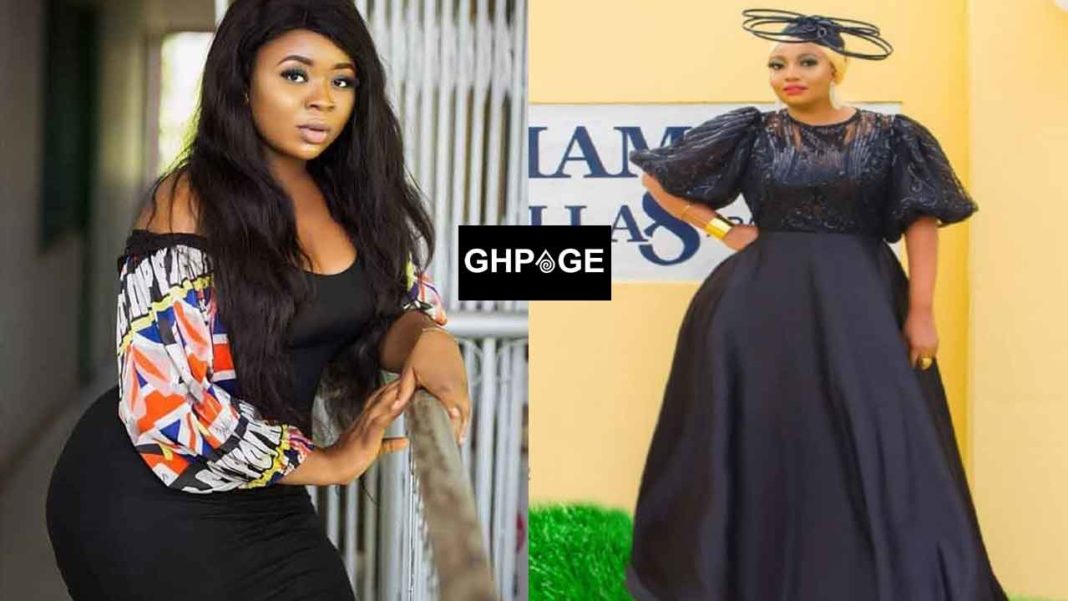 Diamond Appiah and Adu Safowah have been at each other’s throats for some days now after the latter made some serious allegations against media personality Nana Aba Anamoah.

Diamond, in a post on Instagram, slammed Adu Safowah for defaming “beautiful, intelligent and successful” Nana Aba for clout.

She rained insults on Adu Safowah, describing her as a broke mental patient who will do anythin to trend.

Loudmouthed Adu Safowah then hit back at Diamond Appiah and alleged that the business mogul pays small boys to sleep with her.

Adu Safowah added that Diamond is suffering from depression after she was dumped by her boyfriend.

Well, the ‘beef’ has gotten interesting as Diamond Appiah has reacted to Adu Safowah’s allegations.

According to her, Adu Safowah’s ex-boyfriend infected her with HIV and later dumped her.

She added that her maid is even living a better and comfortable life than Adu Safowah and advised her to find means to make money.

Diamond also threatened to make the law deal with Adu Safowah if she keeps on fabricating lies about successful women in the industry.