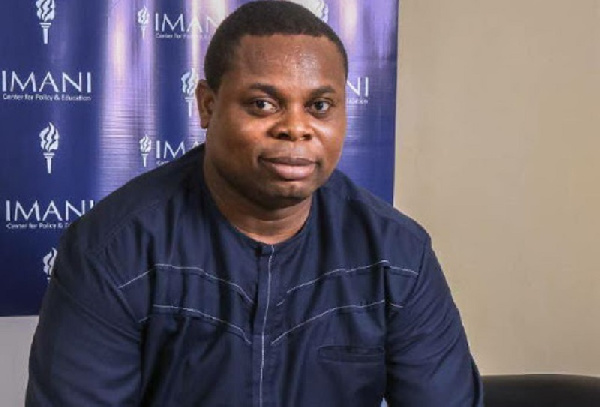 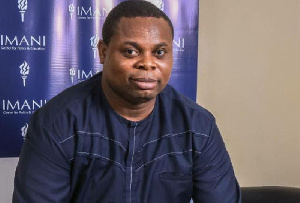 On October 1, 2019, GhanaWeb reported that the President of IMANI Africa, Franklin Cudjoe said he finds nothing wrong in teaching children about sexual orientations.

This came on the back of the discussions on the introduction of the Comprehensive Sexuality Education (CSE) by the Ghana Education Service.

“There is nothing wrong with teaching kids about sexual orientations. In today’s world, they know much,” he said in a tweet.

Read the full original story as first published on October 1, 2019, by ghanaweb.com below

President of policy think tank, IMANI Africa, Franklin Cudjoe, has supported calls for the introduction of the Comprehensive Sexuality Education (CSE) by the Ghana Education Service.

Although the subject at hand has received a lot of backlash from Ghanaians, the IMANI Africa President thinks otherwise, as he believes that is the right approach for kids to know more about their sexuality.

According to him, he sees no wrong with the introduction of CSE in the new curricula, more so, because kids of this generation are now exposed to a lot of things and are abreast with a lot of information, so would be appropriate if they are taught what they already know.

Stating his stance on his Twitter handle, Franklin Cudjoe said “There is nothing wrong with teaching kids about sexual orientations. In today’s world, they know much.”

The Comprehensive Sexuality Education (GSE) will be introduced into Ghana’s basic schools’ curriculum next year, 2020.

The overall objective of the CSE programme is to equip pupils to know and experience their sexuality.

However, there has been massive public outcry against the sex education programme with Ghanaians calling for its withdrawal.

Notable among them is the Vice President of IMANI Africa, Kofi Bentil who says “This is the root of CSE. A most insidious and society damaging philosophy aimed at erasing established sexual norms and teaching perverse sexuality to children!!! It is an agenda to destroy kids and communities,” and further called on the Education Minister, Dr. Mathew Opoku Prempeh, to withdraw the teaching and learning of the programme in schools.

“Dr. Mathew Opoku Prempeh, Minister for Education, you launched this quietly. We’ve found out. Withdraw CSE now!!! It is the most damaging thing you can do to our kids!”

In a statement to clarify the misconceptions Ghanaians have about the programme, GES said children will not be taught about LGBT rights and also, CSE has not been approved yet for schools in the country.

“The insertion has not been made yet and therefore GES has not finally approved the CSE guidelines being discussed on various media Platforms. The GES is a state Agency and will not under any circumstance implement any programme which goes contrarily to the legal, cultural norms, values and beliefs of the Ghanaian people.”

However, a video of a teacher educating pupils about their sexuality in the local language, Fante, has emerged on social media with people questioning how a subject which hasn’t been approved yet is being taught in class.