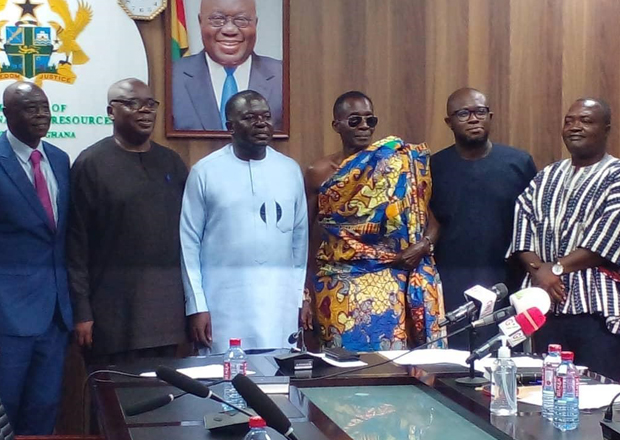 The Forest Plantation Development Fund Management Board has been charged to embark on vigorous afforestation drive to restore the country’s lost vegetative cover.

At the inauguration of the Board in Accra on Tuesday, Mr Benito Owusu-Bio, a Deputy Minister in charge of Forestry at the Lands and Natural Resources Ministry, said the Green Ghana Initiative was one of the key interventions in restoring the degraded landscape.

He said the Ministry had already planted 7.6 million trees this year, which exceeded the initial five million target, and thus expected to plant 20 million more next year.

Mr Owusu-Bio said the Fund attracted its main source of revenue from levies imposed on the export of air-dried lumber.

“We expect the Fund Board to explore other sources of funding to complement the levy to ensure that we can sustain the support to all landscape restoration activities across the country,” he said.

The Forest Plantation Development Fund Act, 2002, as amended (Act 623), allows plantation growers, both in the public and private sectors, to participate in forest plantation development.

Nana Osei Yaw Berima, the Board Chairman, commended President Nana Addo Dankwa Akufo-Addo for the confidence reposed in him and the members and pledged to work tirelessly to achieve the mandate of the Board.

Nana Berima expressed the belief that the most prudent action was to ensure vigorous plantation programmes to restore the lost forest cover.

He said the Board would endeavour to attract the youth into plantation development towards realising its ambition of making Ghana green again.

It would work collaboratively with the Forestry Commission to plant short-term maturity periods of plants such as Bamboo and Rattan to speed up the afforestation drive, he said.

The Board, among other things, was to administer the Fund, attract contributions into it and invest the monies profitably.

Additionally, it was to encourage investment in commercial forest plantation development through incentives and other benefits and facilitate best practices for optimum timber plantation establishment and management.

Members of the Board include Professor Patrick Agbesinyale, the Chief Director of the Lands Ministry, Andrew Adjei-Yeboah, a former Deputy Minister of Lands and Natural Resources, Emmanuel Marfo, Alhasssan Yakubu Tali, and Benso Oduro.