ERFA must dissolve the Referees Committee 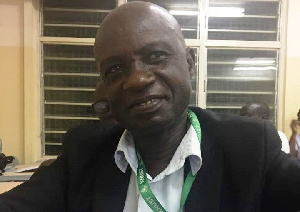 Chairman for the Referees Association of Ghana (RAG), Joe Debrah

The Chairman for the Referees Association of Ghana (RAG), Joe Debrah, has called for the Eastern Regional Football Association (ERFA) Referees Committee to be dissolved.

He makes this claim on the back of the committee selecting a referee who had been banned to officiate the game between Okwahu United and Kwabibirem United in the Middle League play-offs semi-finals.

The game was abandoned after supporters of Okwahu United stormed the pitch to attack the referee who had awarded a questionable penalty.

According to the retired FIFA referee the Committee to have selected the referee to officiate the game should be dissolved immediately.

“The Regional Football Association Chairman must dissolve the appointment committee with immediate effect. They did not do due diligence in their work,” he told Odiasempa Kwame Oware on Wamputu Sports on Happy 98.9FM.

“They have caused financial loss to the two clubs and they are not fit for the job,” he concluded.