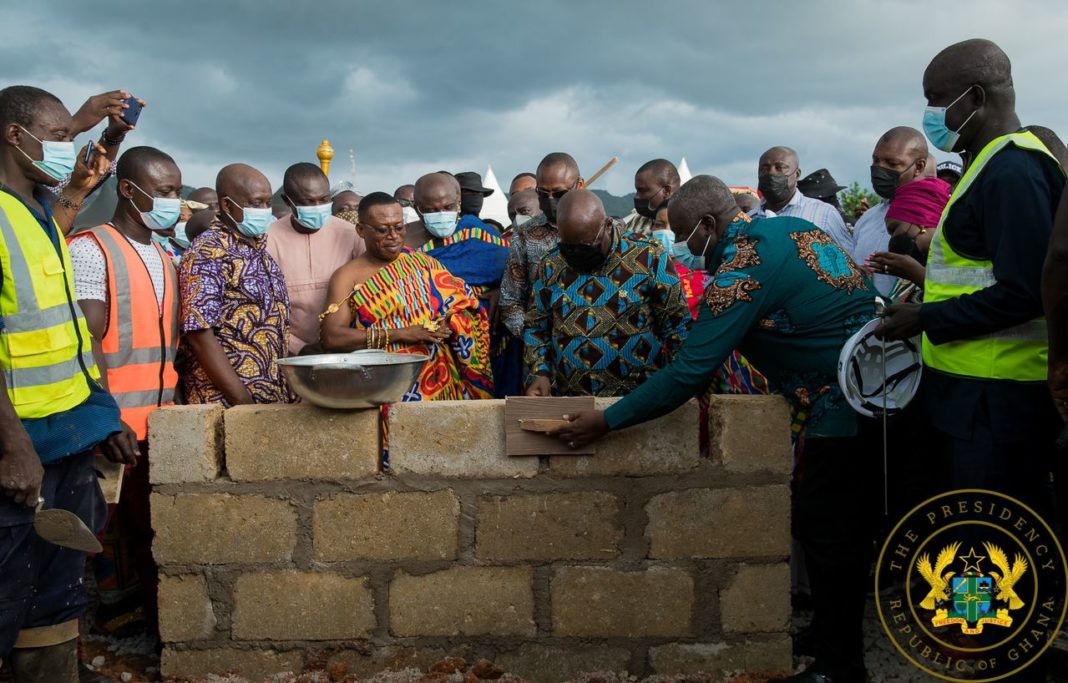 President Nana Addo Dankwa Akufo-Addo, on Monday, 4th October 2021, cut the sod for the construction of a 100-bed Trauma Hospital for the Obuasi Municipality.

The construction of the Obuasi Municipal Trauma Hospital is being facilitated by a €55 million facility acquired by the Akufo-Addo government, which will also be used to remodel and construct three projects, namely Atiwa East Hospital at Anyinam, rehabilitation of the existing Obuasi Government Hospital, and re-modelling of the Enyiresi Hospital.

The €55 million facility, secured through Deutsche Bank, with an insurance premium of €5,000,000 from African Trade Insurance, President Akufo-Addo said, will have a positive impact on the lives of people in the beneficiary communities.

The Obuasi Municipal Trauma Hospital project is to be undertaken by Universal Hospital Group (UHG), a 100%-owned Ghanaian company, and will consist of an Emergency Department with a Triage; three (3) operating theatres, recovery rooms, resuscitation rooms, plaster room, a diagnostics centre to include a CT scan, X-ray, fluoroscopy, laboratory and a blood bank. 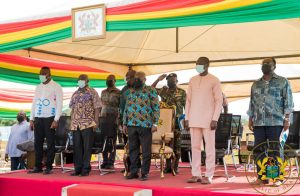 In addition, it will include an Outpatient Department, including pharmacy and consulting rooms, public health department, medical administration, 100-beds in total for in-patient wards including a trauma and orthopedic ward, 30-beds for other interventions requiring temporary stay, staff housing and a mortuary.

The construction and opening of the new hospital, the President indicated, will be of enormous benefit to the Obuasi Municipality in terms of health services that will be provided and the employment opportunities. 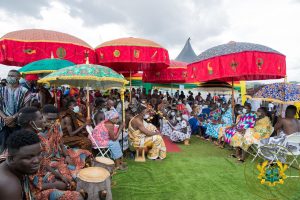 He was expectant that the Ghana Health Service, managers of the facility once completed, will put in measures to attract the requisite specialized health staff to come and work in the Hospital.

The President also expressed appreciation to the Chiefs of the Obuasi Traditional Council, as well as Obuasi for their outstanding commitment and support shown to his Government, and was hopeful that the contractors will complete the construction of the hospital within the stipulated period of thirty (30) months. 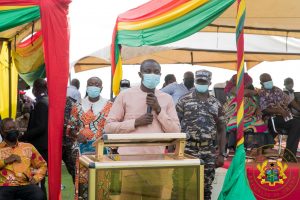 The Chief of New Edubiase, Oguahyia Oduro Panin Birikorang, thanked President Akufo-Addo for citing the hospital in Obuasi, stating that the hospitals in Obuasi are over stretched and, once completed, the Trauma Hospital will be of immense benefit to the people of the town.