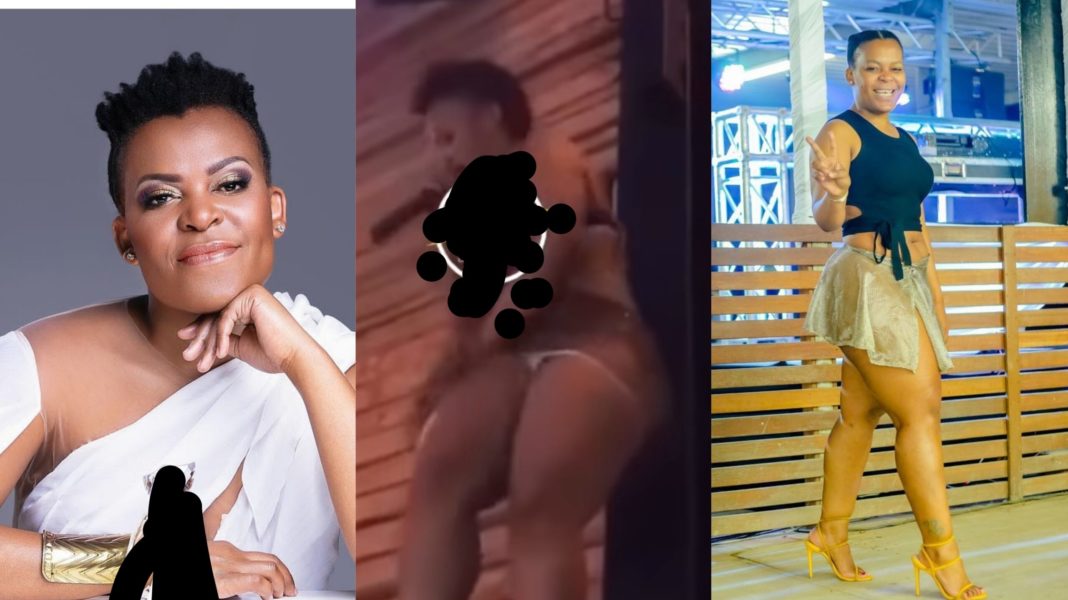 South African musician and socialite Zodwa Wabantu has done it again, this time, she took her ‘no pants’ thing to a Stage performance.

While Performing in a club, Zodwa who was in a see-through dress and as she continued singing,  she decided to remove her underwear.

In the video sighted online, Zodwa who probably wanted some fresh air decided to remove her ‘dross’ to be able to freely perform on stage.