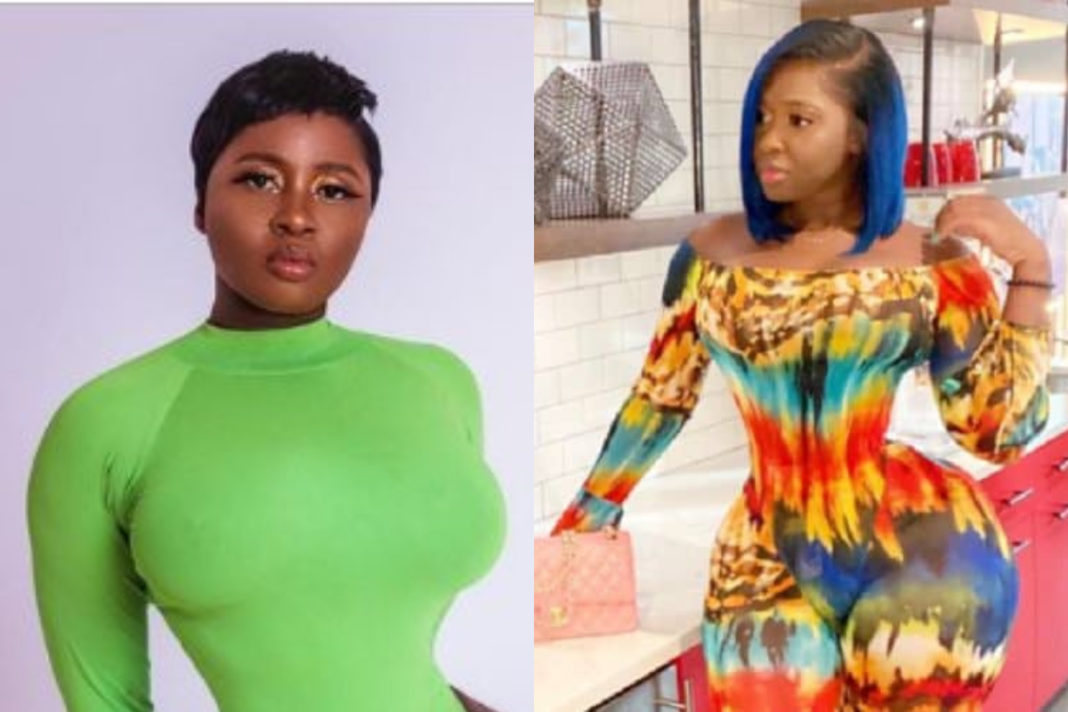 Princess Shyngle has revealed in a new video on Instagram that she got pregnant for the first time but sadly lost it because it turned out to be an ectopic pregnancy.

The curvaceous actress who hails from the Gambia but has lived in Ghana for years now said when doctors confirmed it was an ectopic pregnancy, they terminated it via surgery to save her life. She said this incident happened 7-months ago.

That was obviously when she was married to her Senegalese husband, Gibou Bala Gaye. She went on to express how the incident left her depressed.

The actress’ marriage crashed months after it was contracted after which she later came out saying she wanted to divorce him because she’s being abused in her marriage.

An ectopic pregnancy can’t proceed normally. The fertilized egg can’t survive, and the growing tissue may cause life-threatening bleeding if left untreated.