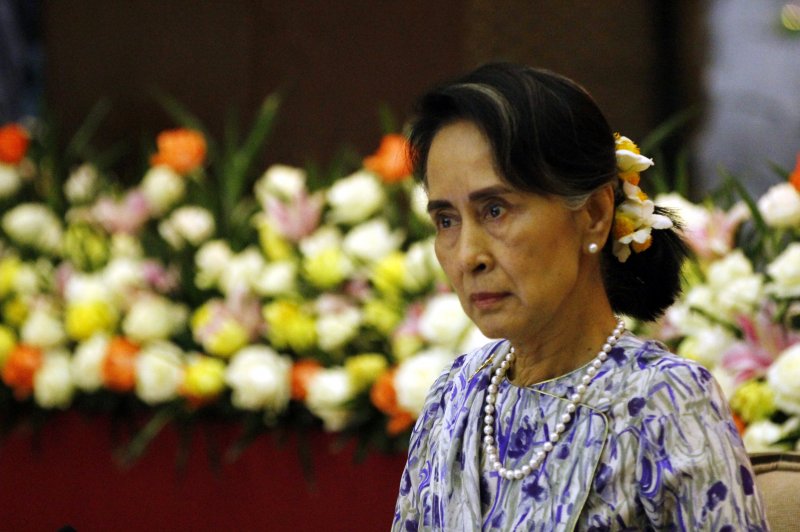 Oct. 4 (UPI) — Deposed Myanmar leader Aung San Suu Kyi appeared in court on Monday to face an array of criminal charges brought by the military junta, where she raised concerns about her health.

During the proceedings, the ousted leader requested that her court sessions be held every other week instead of every week, over concerns about her health.

Three weeks ago, she missed a court hearing due to an unspecified illness.

“She said she had to spend all week at court and it’s a strain on her health,” said defense attorney Khin Maung Zaw, according to Myanmar Now.

The 76-year-old has been detained since the military junta took over the government in February. She and her other civilian leaders were arrested and charged with various offenses. The junta has contended that the election that kept Suu Kyi in power last fall was fraudulent and illegitimate.

Monday, the presiding judge said he would make a decision next week on Suu Kyi’s request for biweekly hearings.

On Friday, Thein said he paid Suu Kyi $600,000 and 25 pounds of gold in exchange for protection and support for his businesses.

Thein was one of the first civilian leaders arrested after the military coup and some supporters in their party have suggested that he was forced by the military to give false testimony implicating Suu Kyi.

The military junta has killed hundreds of people, mainly protesters, over the past seven months during strict crackdowns on dissenting activities. They have also been abducting family members, including young children, as a tactic to compel fugitive dissenters and former officials to give themselves up, the U.N. special rapporteur to Myanmar said last month.

Suu Kyi so far faces nearly a dozen criminal charges, five of which are being held in special court in Zabuthiri. Her next hearing is scheduled for Oct. 11. Former Myanmar President Win Myint will also appear at the hearing.