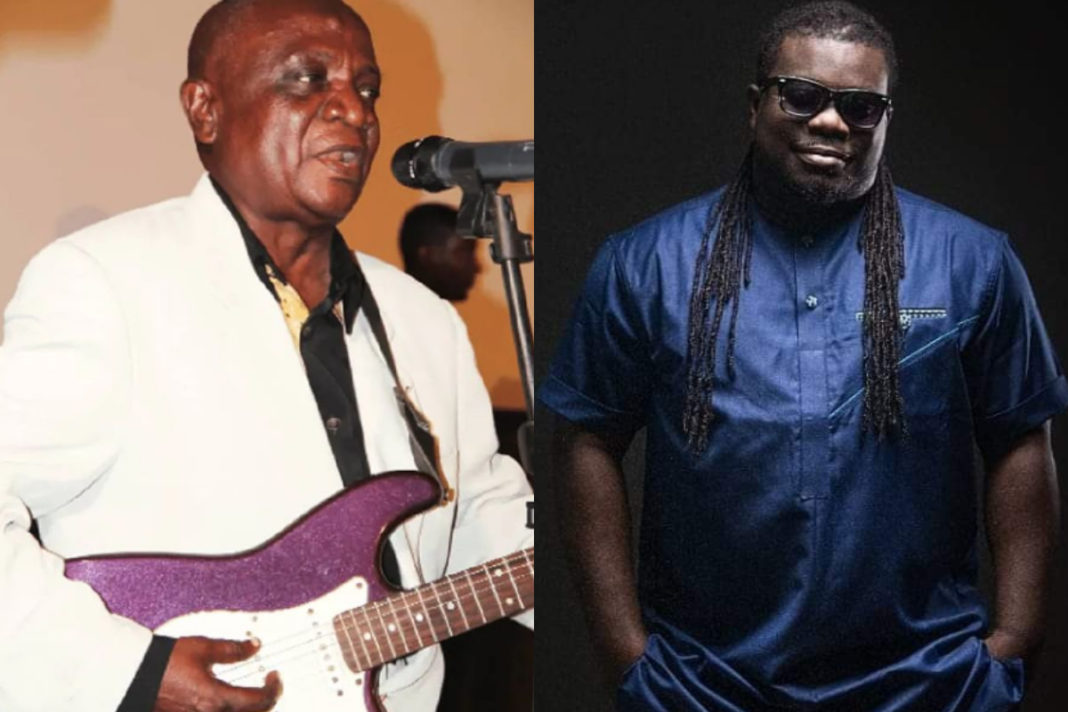 Ace Ghanaian rapper, Bice Osei Kuffour, well known as Obour has also suggested that the late Highlife legendary musician, Nana Kwame Ampadu deserves to be given a state burial as a final tribute for his enormous contribution to the Ghanaian creative arts industry just as Gyedu Blay Ambolley suggested a few days ago.

Speaking in a recent interview with Rev Nyansa Boakwa on Happy 98.9 FM’s NsemPii, the former president of the Musicians Union of Ghana(MUSIGA) stated that the late Nana Ampadu mentored a lot of top Ghanaian musicians like Akosua Agyapong, Oheneba Kisi, and Nana Tuffour and has been one of the pioneers of the Highlife music.

He also recounted how the late “Obra” hitmaker greatly contributed to the growth of the Musicians Union of Ghana(MUSIGA) and the Ghana Rights Organization (GHAMRO).

“He has also played a vital role in the Ghanaian music industry like GHAMRO and MUSIGA. Some years ago, he was even the General Secretary for MUSIGA and he did a great job,” he said.

The late Nana Ampadu, according to Obour, was one of the few people who truly campaigned for the entertainment business, particularly the music industry. He, therefore, postulated that such a great personality like Nana Apmpadu deserves a state burial.

“We were able to get a state burial for the late Paapa Yankson, Jerry Hanson, and Ebony. If we could give all these artists a state burial, what is stopping us from doing the same for this legend. The truth of the matter is, he deserves more than that,” he noted.

As a reminder, Nana Ampadu’s death was confirmed by his grandson in an interview on Hitz FM after his son released a contradictory statement about the passing of his father, saying that he is still alive but in a critical condition.