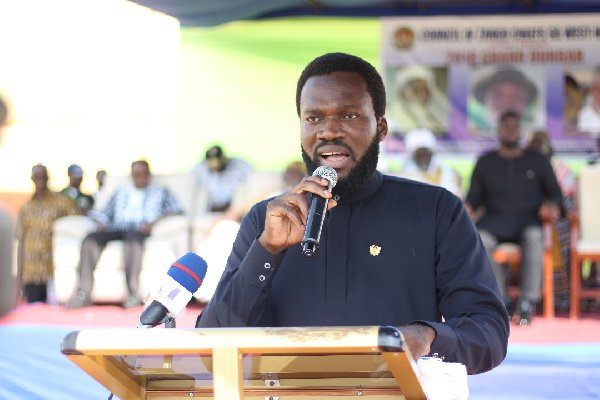 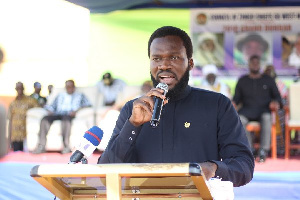 “If we must succeed, some deliberate efforts by hook or by crook must be put in place to cure weak and corrupt electoral systems as well as any semblance of injustice to subjugate and subvert the will of the people. Good electoral reforms must be to promote equity and peace,” Dr Agumenu said.

He added: “The situation in Guinea should not only serve as a lesson but rude awakening that the best barometer of good leadership is the people we govern.”

The interview was in reaction to a framework released by the Mamady Doumbouya-led junta which bars all members of the military from taking part in the transitional process as well as standing for elections.

Dr. Agumenu said it was refreshing that a very strategic step had been taken in honour of true democracy.

He however noted that as African nations worked towards strengthening the institutions including regional and continental bodies, there was the need for a holistic assessment of ECOWAS and AU interventions in the affairs of member states.

Dr Agumenu, who is also Secretary-General of the Youth Federation for World Peace, noted that the regional bodies’ response to the issues in Guinea appeared reactionary instead of preventive measures.

He however commended the military for their cooperation to restore the hope of the people and the spirit of the constitution and that of international treaties.”

Dr Agumenu said he was from the very onset of the takeover, following closely the actions of the junta, and observed that their latest public announcement demonstrates some readiness to collaborate with key regional blocs such as ECOWAS to bring democracy and sustainable peace to Guinea.

He also commended ECOWAS “for clearly putting a post-Alpha Conde framework towards restoring Guinea unto the path of democracy and sustainable peace.

“Looking at the recommendations, it was explicit that the regional body is ready to work with the people of Guinea on the path of constitutional rule without former President Alpha Conde.”

Dr Agumenu, who is also a strategic leadership consultant, said the military junta’s day to day policy framework and strategic directions in broader consultations with all facets of the Guinean society was a sure guarantee that the process of democracy will be owned and managed by all.

The Special Forces, led by French Legionnaire Mamady Doumbouya, cited corruption, bad governance, poverty and abuse of human rights for their intervention. President Alpha Conde, 83, also incurred the wrath of the Guinea people for tinkering with the Guinea Constitution in order to run for a third term.

ECOWAS and the African Union quickly responded by suspending Guinea’s membership and called for a return to democratic civilian rule.

After weeks of consultations, the military junta today released a framework for all groups of Guinea society to present representatives to form a transitional government with a civilian prime minister. The release demanded that membership of the government must have 30 percent women representation.

These representatives will operate as a makeshift Parliament and design the clear path for a new constitution and fresh elections. The release also bars all members of the military junta from taking part in the process and standing for elections.

Mamady Doumbouya will remain as acting ceremonial president during the transitional process.