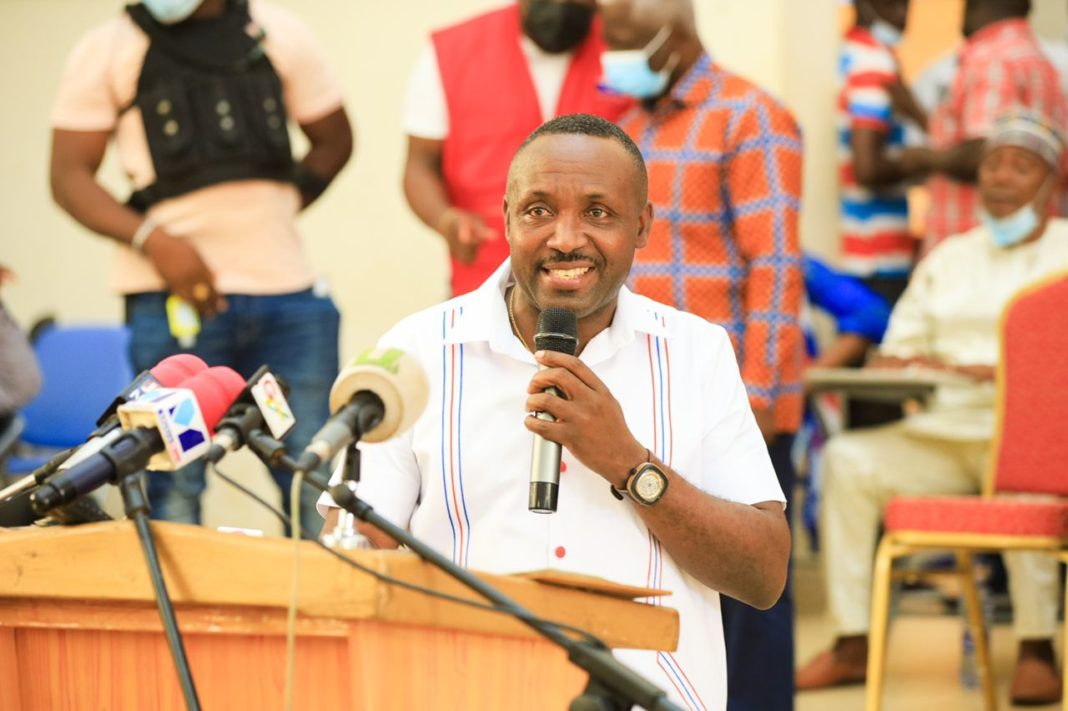 The General Secretary of the ruling New Patriotic Party (NPP), John Boadu has disclosed that the Party’s membership registration exercise, which commenced in the early days of September 2021, is still ongoing.

According to him, despite September being declared by the Party as the month of mass registration, the exercise has not endeda, hence urging all members to get registered.

Mr. John Boadu, made this disclosure on Saturday, October 2, 2021, when he was addressing the Upper West Regional Annual Delegates Conference of the Party at the Wa Technical Institute, in fulfillment of Article 9 of the Party’s Constitution.

He explained that the essence of declaring September as the month of mass registration was to officially signal the commencement of the registration and to also whip up the enthusiasm of party members and prospective members toward the registration exercise.

It was not meant to suggest that if anybody was unable to write his/her name in the register before the end of September, he/she could not do that subsequently.

On account of this, he urged members of the Party at all levels as well as persons wishing to join the Party, who are still yet to register to do so by visiting their respective polling stations to update their records and get their details captured in their polling station registers.

He noted that this is an ongoing exercise, which, in tandem with Article 3(10) of the Party Constitution, enjoins the Party to keep the registers at the polling station levels and be updated every six months.

John Boadu also used the occasion to reiterate the Party’s position that no prospective registrant should be prevented from getting their details captured in the polling station registers, having in mind the Party’s internal elections scheduled for early next year.

He noted that the Party will, at the appropriate time, come out with separate rules and regulations for the conduct of all the internal elections/primaries of the Party starting from polling station elections to parliamentary and presidential primaries.