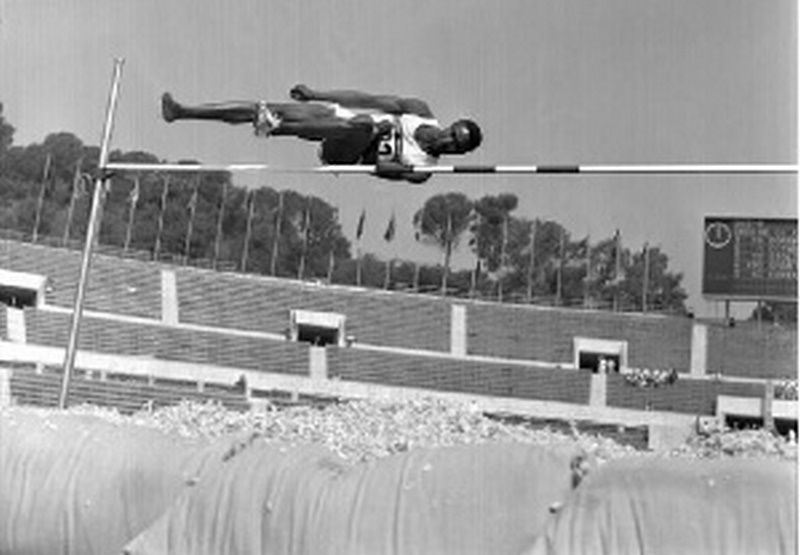 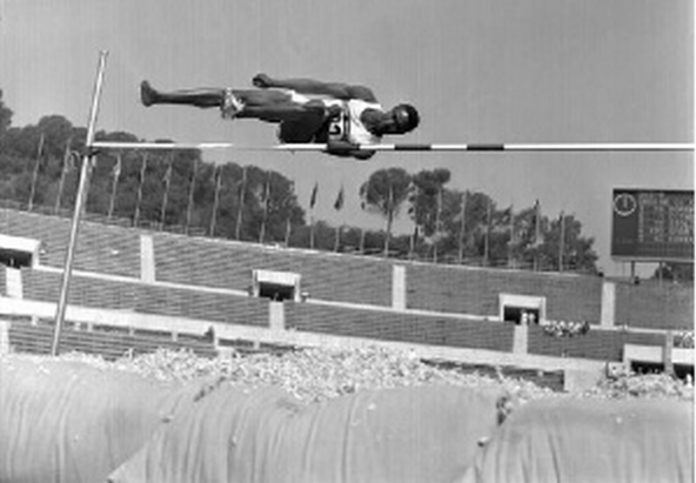 Major General Robert Kotei was a soldier, politician and a track & field athlete who held the Ghanaian high jump record for many years.

He was once the Chief of Defence Staff of the Ghana Armed Forces and also a member of the Supreme Military Council (SMC) which ruled Ghana between 1975 and 1979. Kotei was later executed in 1979, following a military coup.

The son of a District Officer, Robert Ebenezer Abossey Kotei was born in The Gold Coast on 15 July 1935 and had his education in Nigeria, where he was an outstanding schoolboy athlete.

After training at the Officers School in Accra, he was selected to attend Sandhurst but deferred for an intake in order to take part in the British Empire and Commonwealth Games held in Cardiff in July 1958.

At the games, Robert Kotei placed 3rd with a jump of two meters and was Ghana’s only medalist at the games.

Entering Sandhurst for intake on 17 September 1958, Kotei became a member of the Dettingen Company, rising to the rank of Cadet Sergeant.

At the 1960 Academy Athletics Championship, Robert Kotei, won the high jump competition with a leap of 2.06 meters.

Immediately before commissioning on 22 July 1960, Robert Kotei was given leave to compete at the AAA Championships, where he won the high jump with a height of 2.08 meters. A record that remained for the next 36 years.

Immediately after his Sovereign’s Parade, Kotei headed to the Rome Olympic Games where he finished with a very creditable 10th place.

Returning to Ghana, Robert Kotei concentrated on his career in the Ghana Army career and by 1973, he was named as a Colonel and also elected to his country’s Olympic and Commonwealth Games Commission. He was also appointed as a Commander of the 1st Brigade.

Shortly after, Kotei was instrumental in foiling a coup attempt against the ruling National Redemption Council (NRC) where he served on the NRC as Housing Minister.

But when the NRC was replaced by the Supreme Military Council (SMC) in 1975, Robert Kotei remained in Government as a senior officer and was later appointed Army Commander in 1976 and Chief of Defence Staff two years later before retiring in 1979.

On 4th June 1979, the SMC was overthrown in a bloody coup by the Armed Forces Revolutionary Council led by the late Flight Lieutenant Jerry John Rawlings.

The coup leaders demanded that former members of the Government report to police stations and when Robert Kotei did so voluntarily, he was immediately arrested, severely beaten with his property seized.

He was later tried in a secret court at which he was not represented.

Afterward, their remains were taken away for burial in a prison cemetery at Nsawam.

Meanwhile, the remains of all eight senior military officers executed in June 1979 were later exhumed and released to their respective families for reburial in 2001.

On 27 December 2001, two of the eight, Major General Kotei and Air-Vice Marshal Boakye were buried with full military honours at the Osu Military Cemetery in Accra.