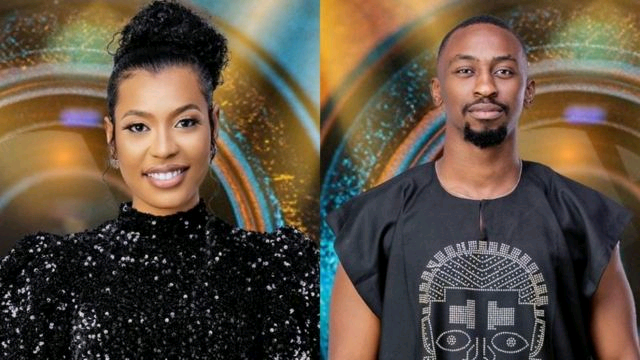 Former BBNaija Shine Ya Eye housemate, Okusaga Adeolu, better known as Saga, has said that it’s hard for him to sleep at night because of his co-star, Nini.

Saga disclosed this to Dele Momodu during an interview via Instagram Live.

According to Saga, he and Nini no longer talk as before because they are both in different places.

“We are still friends, just platonic friends. We don’t even get to talk as much because there is so much going on. To be honest, I’m missing her company. That one is even undeniable. It’s hard for me to sleep sometimes because we’ve been sleeping on the same bed for nine weeks straight.”

Read Also: #BBNaija: I’ll admit it was difficult at first to accept that she has a boyfriend – Saga clarifies moments shared with Nini in the house

Gospel Singer, Sammie Okposo, Tenders Public Apology To His Wife After Cheating On Her