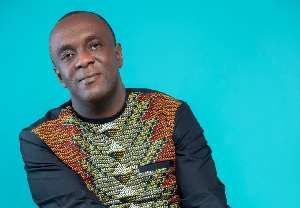 Formerly Ben Essel, the Ghanaian gospel singer, songwriter and reverend minister has said he wants an identity that rather connects him with his Ghanaian lineage as a Fante.

“I decided and prefer to use the name Phiiphi Franklin”, he says.

According to him, “with Phiiphi being the local and the day of birth name for males born on Friday… The spelling is my unique way of standing out. Franklin which is my middle name has been long hidden.”

“I believe there is more that is in me that I have as yet given out and the change of name to Phiiphi Franklin is a reasonable representation of releasing the other side of me that has been hidden, whilst identifying me with my roots as a Ghanaian and a Fante,” he added.

Believing that everything God has placed in him must be released to the world for His Glory, he states, “gospel music enthusiasts should look forward to good music as we have just released a song titled, ‘Aba pa’ off my upcoming EP.”

The albums have songs including ‘Se me bo Jesus Dzin ara’, ‘My Love Song’, ‘Better than life’, ‘whatever the case’, ‘Nyame ye odo’, ‘Your Grace and Mercy’, ‘Yes, I’ll sing the wondrous story’, ‘None other Lamb’, ‘Te Deum’, ‘Into my heart’ among others.