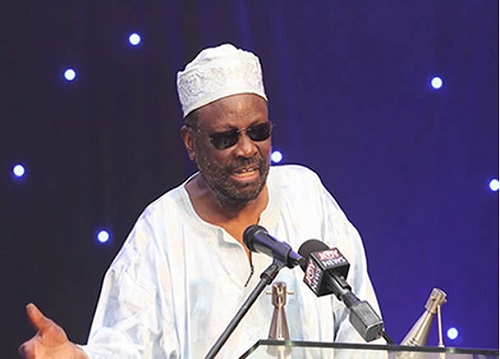 As I reported in my first article [Daily Guide September 25, 2021] enlightened public opinion in the world is determined not to allow what appears to be the deliberate killing, on September 18, 1961, of the second Secretary-General of the United Nations, Mr Dag Hammarskjöld, and fifteen personnel also devoted to serving the world organisation, to remain a mystery for ever.

Hammarskjöld was awarded the Nobel Peace Prize posthumously, and indeed, his prestige has continued to grow in the world in the 60 years since his death. But is that enough?

If, as the French broadcasting station, France 24, put it in an article on September 16, 2021, Hammarskjöld “was murdered by rebels and mercenaries working in cahoots with Western intelligence agencies and mining companies”, shouldn’t the world know the exact circumstances, so as to prevent the belief gaining ground that even a person considered as the “Number One Citizen of the world”, can be murdered with impunity?

According to the French station, “a long-running investigation by the British newspaper, The Observer found that London and Washington had much to answer for. And an award-winning 2019 documentary “Cold Case Hammarskjöld” pointed the finger at a Belgian mercenary pilot with links to British intelligence.”

However, in spite of such charges, a Commissioner appointed by the UN to investigate the crash, Mr Justice Mohammed Othman (a former Chief Justice of Tanzania) has been asking the countries most suspected of possessing information – the US, Belgium, the United Kingdom and South Africa – to allow him to see their secret files. For years. In vain.

Mr Justice Othman’s comment on the reluctance of the named countries to release information was that their reluctance “calls into question” the acts of their various governments, directly after the crash. In particular, he wondered why an “earlier crash discovery time” had not been reported by the countries who had facilities near where the crash occurred.

Only Zimbabwe has so far been willing to examine its files and to follow them up. At a webinar organised by the Westminster United Nations Association to mark the 60th anniversary of Hammarskjöld’s death, the head of the Zimbabwe investigatory team disclosed that many important papers had been taken away from what was then “Salisbury” by the former Prime Minister of the then “Federation of Rhodesia and Nyasaland, Sir Roy Welensky, before Zimbabwe’s independence in 1980. And on Welensky’s death, the papers he had removed were taken to – Britain!

The Zimbabwe team leader, Dr Sydney Sekeramayi, (former Minister of Defence between 2013 and 2017) told the webinar that his team had submitted five reports so far and that it was being funded by the Zimbabwe Government to continue its work until February 2022. I say hearty congratulations to the Zimbabwe Government for finding the funds – in a country whose economy is currently in a parlous state – to carry out a search for information on a matter that is of little immediate concern to Zimbabwe. That is how sincerely accepting the responsibility of being a member of the world community, works.

Dr Sekeramayi said: “My team has carried out extensive secondary research on the possible causes of the crash that killed Mr Dag Hammarskjöld and his entourage on 18 September 1961. The Government of Zimbabwe granted us unrestricted and unsupervised access to the archives held by the Zimbabwe National Army (ZNA), the Air Force of Zimbabwe (AFZ), the Zimbabwe Republic Police (ZRP), the Central Intelligence Organisation (CIO), the Civil Aviation of Zimbabwe (CAAZ) and the National Archives of Zimbabwe…

“At Civil Aviation of Zimbabwe, we found medical records of the crash, a copy of the Rhodesian inquiry report, and the original Royal Southern Rhodesian Air Force orders. None of these, however, yielded any leads as to the actual cause of the crash… At CIO, the Team’s attention was drawn to papers that were taken away by the Former Prime Minister of the Federation of Rhodesia and Nyasaland, Sir Roy Welensky.(!)

The Zimbabwe Team also discovered that some relevant papers pertaining to the British politician, Lord Alport (who held the office of Minister of State for Commonwealth Relations between 1959 and 1961 and British High Commissioner to the Federation of Rhodesia and Nyasaland between 1961 and 1963) are being held “in the Special Collections at Albert Sloman Library at the University of Essex.”

Finally, the Zimbabwe team discovered that papers relating to Lord Duncan Sandys, former British Minister of Defence and Minister in the Commonwealth Relations Office, are held in the Winston Churchill Library [in Washington D.C.].

Isn’t it amazing that Zimbabwe, whose independence was many years away at the time the UN idea was being formulated by the US and Britain among others in 1945, should embrace the UN spirit and spend time and money trying to help the UN solve its biggest mystery, while the originators of the UN ideal, especially the US and Britain, have closed their books to the investigators whose efforts can unravel the mystery?

There is a Ghanaian proverb which says that “If you swear an oath — idly — into a hole, it will eventually come out to incriminate you!”. The US, Britain and Belgium, and most surprisingly, South Africa (which is also not being too co-operative with the UN investigators!) should realise that if you have nothing to hide, you do not keep mum – or “take the fifth!” – before the prying eyes of the entire world!