They Hit Me And Locked Me In A Cupboard: Painful Last Words Of A 12 Year-Old Murdered Boy 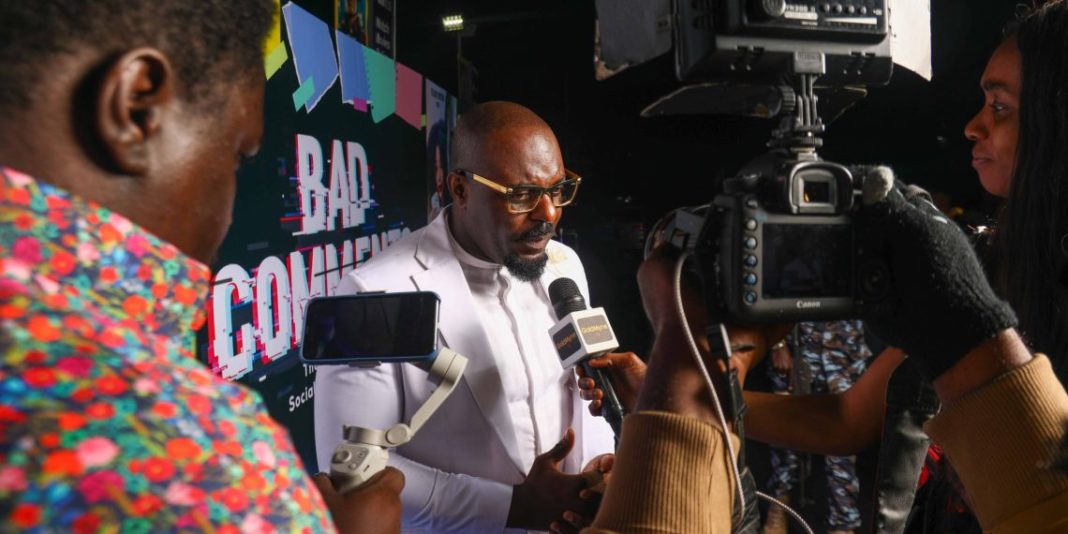 Nigerian actor, Jim Iyke has described Kofi Kinaata’s voice as incredible after his latest radio interview in Ghana ahead of the premiere of his new movie.

The fresh-faced actor is in the country to promote his movie ‘Bad Comments’ and when he hopped into the studios of Angel FM and hosted on the Angel Drive with Okyeame Quophi, he passed the compliment on Kinaata after he listened to his ‘Thy Grace’ song.

‘Bad Comments’ is a movie that addresses the impact of cyberbullying. Speaking about the movie in a previous interview in Nigerian, Iyke said: “It’s a conversation that I think is lagging behind in our society and we did extensive research before putting out this movie.

”The social media space isn’t being utilised positively and this is tragic. Social Media is supposed to be a space where people can find their dreams and shortcuts to exhibit what they really are.

‘‘It’s become cool to project cruelty and hatred online and Bad comments speak to this, we hope to show some of the perils of social media, we worked hard on a powerful production which has something for everyone.”

They Hit Me And Locked Me In A Cupboard: Painful Last Words Of A 12 Year-Old Murdered Boy