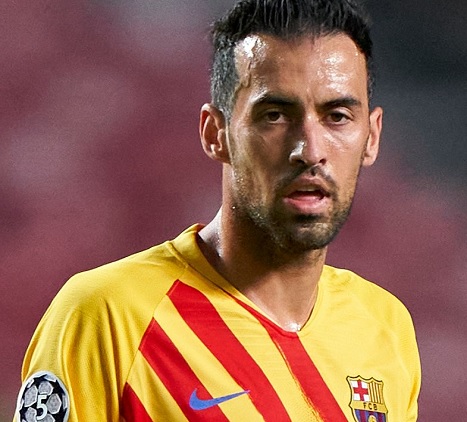 It’s the first time Barca have suffered back-to-back defeats in the group stage of the Champions League since 2000 and raises the prospect of them failing to make the knockout rounds for the first time in 21 years.

“That’s the easiest thing in the world of football, but everyone has their share in the responsibility, [including] the players,” Busquets told reporters when asked if firing Koeman could help turn Barca’s season around.

“But we’re in a critical situation, that’s the truth.”

Barca sit bottom of their group after two games with zero points. They’re six behind Bayern and four adrift of Benfica going into back-to-back fixtures against Dynamo Kiev, who have one point.

Under Koeman, Barca are now without a win in five European games in total, taking in matches against Juventus, two against Paris Saint-Germain, Bayern and Benfica. During that run, they have scored just two goals and conceded 14.

However, they remain unbeaten through six LaLiga games this season, winning three and drawing three, ahead of Saturday’s trip to reigning champions Atletico Madrid.

Asked if a change of coach would solve the club’s current issues, midfielder Frenkie de Jong said “no.”

Koeman, meanwhile, said he still feels backed by the players but doesn’t know if he has the club’s support following the Benfica defeat.

Playing sports is not detrimental to academic aspirations