Australian Border to Reopen For the First Time in Pandemic 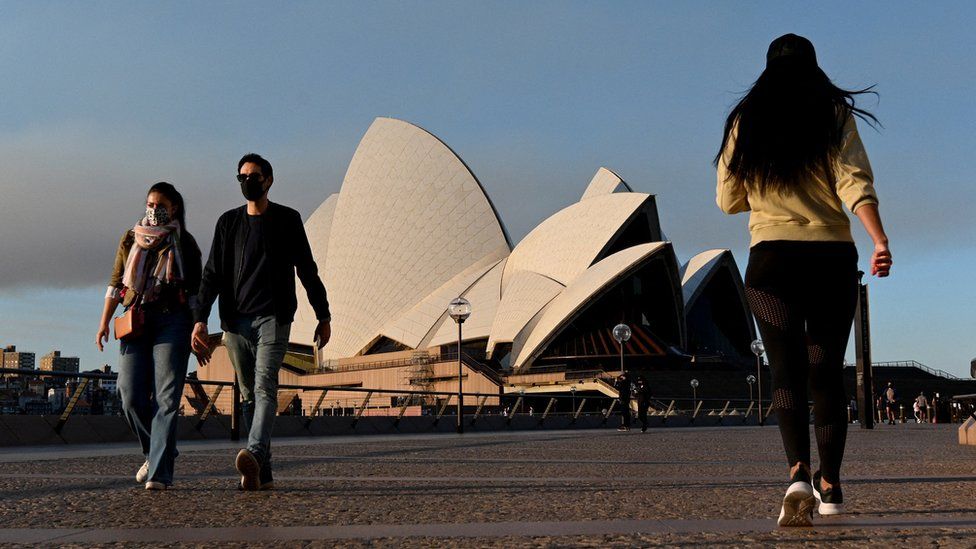 Australia will reopen its international border from November, giving long-awaited freedoms to vaccinated citizens and their relatives.

Since March 2020, Australia has had some of the world’s strictest border rules – even banning its people from leaving the country.

The policy has been praised for helping to suppress Covid, but it has also controversially separated families.
“It’s time to give Australians their lives back,” PM Scott Morrison said.

People would be eligible to travel when their state’s vaccination rate hit 80%, he told a press briefing on Friday.

Travel would not immediately be open to foreigners, but the government said it was working “towards welcoming tourists back to our shores”.

At present, people can leave Australia only for exceptional reasons such as essential work or visiting a dying relative.

Entry is permitted for citizens and others with exemptions, but there are tight caps on arrival numbers. This has left tens of thousands stranded overseas.

Demand for flights is expected to be high and airlines have already warned of delays in resuming services.

Sydney, Melbourne, and Canberra are currently in lockdown due to outbreaks of the virus.

That has helped prompt a surge in vaccine uptake in recent months.

New South Wales – which includes Sydney – is on track to be the first state to cross the 80% threshold, in a few weeks. Victoria – containing Melbourne – is not far behind.

But states such as Queensland and Western Australia have threatened to keep their borders closed until vaccine rates are even higher.

These states have managed to maintain Covid rates at or near zero, after shutting their borders to states with infections.