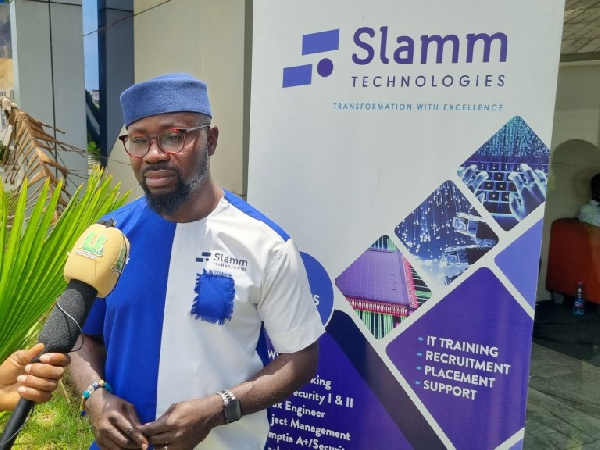 The absence of common enforceable data protection laws or regulations applicable across the continent is ‘alarming’, owing to the sheer volume of data that would be exposed to possible misuse, hacks, and threats, cyber security expert and Chief Executive Officer at Slamm Technologies, Samuel Boateng, has said.

According to a list curated by the United Nations Conference on Trade and Development (UNCTAD), a sizeable number of countries on the continent, most of them who have ratified the agreement, have no data protection legislation whatsoever. Amongst them are Ethiopia, Sudan, Liberia, Guinea- Bissau, Botswana, Mozambique, Congo, and Djibouti. A phenomenon he says could see state parties at the mercy of hackers and lose millions of jobs and possibly billions of dollars in revenue.

Sharing some thoughts in an interaction to mark National Cyber Security Month, which begins today, Mr. Boateng stated that considering the expected exponential growth in e-commerce and the digital economy, he is unimpressed by the provisions made by stakeholders prior to the commencement of the agreement.

“There are many of our neighbours who do not have data protection, but we do. You are connecting insecure channels to secure channels and are ultimately creating a vulnerability that would open doors for attacks… I believe this is unfair as it provides a bigger base for attack and we should have ensured that all countries were secure prior to the commencement of the pact,” he explained.

Currently, the free trade agreement is guided by the Personal Data and Article 15 of the Africa Continental Free Trade Agreement (AfCFTA), which Mr. Boateng believes does not address the problem but creates a wider gulf, as it merely allows state parties to adopt measures necessary to comply with their national data laws, which can result in a refusal to deal with some states, consequently defeating the FTA’s purpose.

He, therefore, called on all stakeholders, particularly the Ghanaian government to ensure that discussions around data protection are at the fore of its interactions with its peers, adding that matters of sovereignty and economics are at stake.

Closer to him, he expressed confidence in the comprehensiveness of the Ghanaian cybersecurity legislation and regulatory framework, saying that it would compete with similar frameworks in some of the most technologically advanced countries.

He, however, bemoaned the seemingly age-old problem of enforcement. He said a change in direction must occur seeing that the market for data was expected to surpass the $200 billion point by the end of 2021.

“For us, I believe it is the lack of implementation of policies that have affected us. We have robust policies which we have put in place but fail to follow through on them. If we are to implement them fully, we should be the leaders in data protection on the continent.”