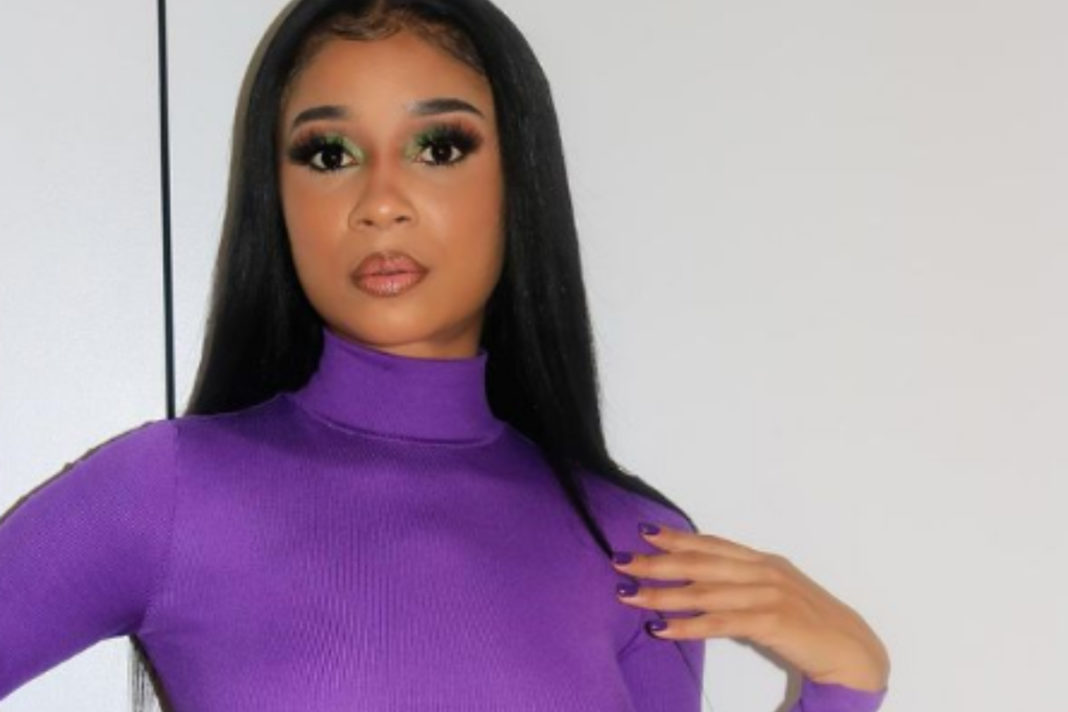 Ghanaian songstress, Deborah Owusu Bonsu, popularly known as Sister Derby has given an interesting yet confusing reason why she has chosen to remain single after her relationship with the rapper, AMG Medikal went south.

Sister Derby and Medikal used to be one of the most admired couples in the entertainment industry until for some reason, they parted ways after the rapper was allegedly snatched by his current wife, Fella Makafui.

The two collaborated on some of the rapper’s best hit songs like “Too Risky” and “Gimme Vibes” and even though they are no longer together, the songs still remain one of Ghana’s favorite jams.

In a recent video posted by Sister Derby, she gave an interesting reason why she is still single despite her age. She never uttered a word but she was spotted at a fancy restaurant at Osu, enjoying her spaghetti. This indicates that she is enjoying her freedom as a single lady and wants no man to hold her down in a relationship.

In other news, yesterday happened to be the birthday of the legendary Highlife singer, Charles Kwadwo Fosu, well known as Daddy Lumba. The musician who played a key role in uplifting the Ghana music industry back in the days is being celebrated on the microblogging platform, Twitter by Ghanaians and music lovers all over the world.

The new crop of singers like Kuami Eugene, Kidi, King Promise, and others all drew inspiration from legends like Daddy Lumba. Although it seems the legend has halted his music career, he has earned his name and all the accolades from Ghanaians as one of the best entertainers in Ghana.