Mr. Drew Blown Away By The Angelic Voice Of A Young Beautiful Fan [Video] 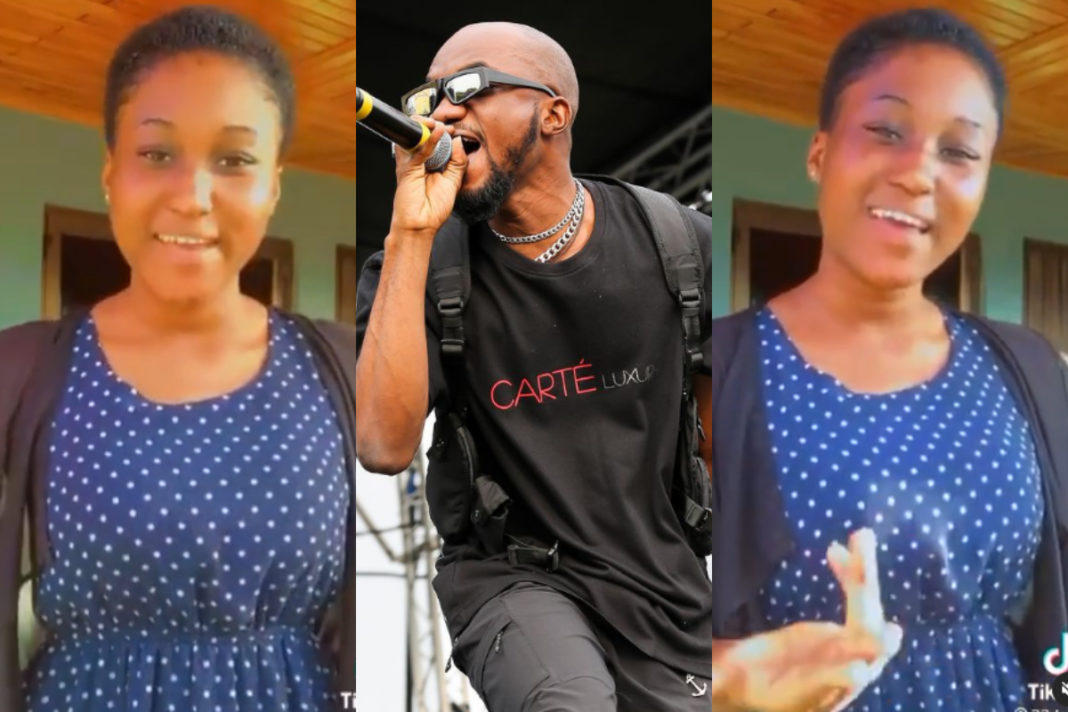 Highly Spiritual signed artiste, Andrews Commey Otoo, well known as Mr. Drew is currently in search of a beautiful young lady with an angelic voice, sets to surprise her with a wonderful gift for possessing such a beautiful voice.

Mr. Drew who recently launched his #ShuperuChallenge did not add singing to it but the voice of this young lady who happens to be a fan blew him away as he launches a search for the young talent.

Mr. Drew shared the TikTok video of the young lady and asked his followers on Instagram to tag her because he has a wonderful surprise for her in-store.

In other news, the elder sister of the US-based Ghanaian social media commentator, Twene Jonas has pointed fingers at the President of Ghana, H.E Nana Addo-Dankwa Akufo Addo over the sudden disappearance of her brother.

This comes shortly after the NPP’s former member of Parliament, Hopeson Adoye alleged that Twene Jonas is being wanted by the US immigration for deportation. He also claimed that the “Glass Nkoaa” crooner has been evicted from his house and sacked from his job in the US.

Twene Jonas’ close buddy, SayDaDon, a budding rapper in the US has also issued threats against Nana Akufo Addo, Hopeson Adoye, and the NPP government to provide information about the whereabouts of his friend else he will be forced to pay the country a visit and take matters into his own hands.