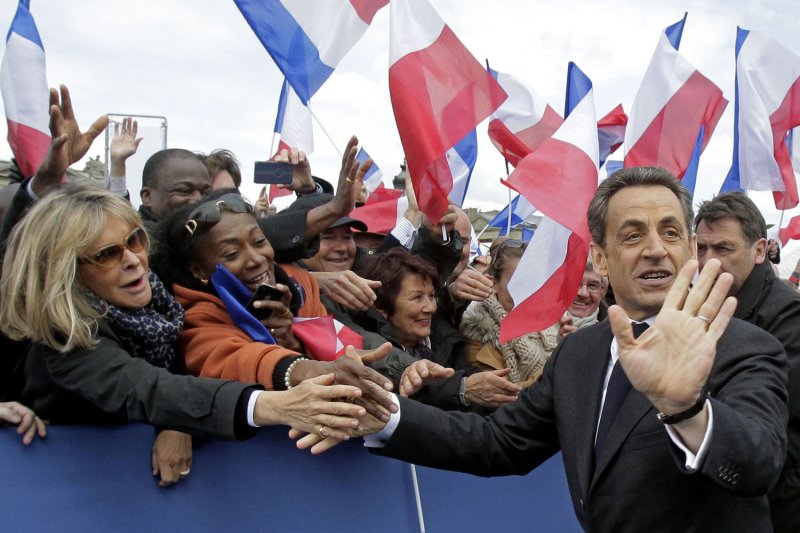 Sept. 30 (UPI) — Former French President Nicolas Sarkozy was convicted and sentenced to a year in prison on Thursday for violating campaign finance laws during his failed bid for re-election nearly a decade ago — marking the second time this year he’s been found guilty of a crime.

A French court determined that Sarkozy broke campaign finance laws by exceeding a hard cap on political spending during his campaign in 2012.

Under French law, candidates at the time could spend only so much on their campaigns. Prosecutors said that Sarkozy spent about twice the legal limit.

He was also accused of hiring a public relations firm to hide the true amount of his spending.

Immediately after the conviction and the sentence Thursday, Sarkozy’s attorney said he would appeal.

Most experts say that it’s unlikely that Sarkozy will have to serve his time in prison. He could be allowed to serve the term under house arrest.

Sarkozy has denied that he was involved in the logistics and financing of his campaign, saying that those tasks were delegated to other members of his team.

The judge in the case, however, rejected that argument.

“Nicolas Sarkozy knew the spending limit,” he said, according to CNN. “He knew he shouldn’t exceed it.”

Thursday marked the second time this year that Sarkozy was convicted of a crime and sentenced to prison.

In March, the former French leader was found guilty of trying to bribe a judge to hand over confidential information in a legal inquiry and sentenced to three years in prison, with two years suspended. He also denied wrongdoing in that case.

Sarkozy is the only French president in history to be convicted of a crime twice, and there could be more. French prosecutors are investigating accusations that former Libyan dictator Moammar Gadhafi illegally helped finance Sarkozy’s successful presidential campaign in 2007.