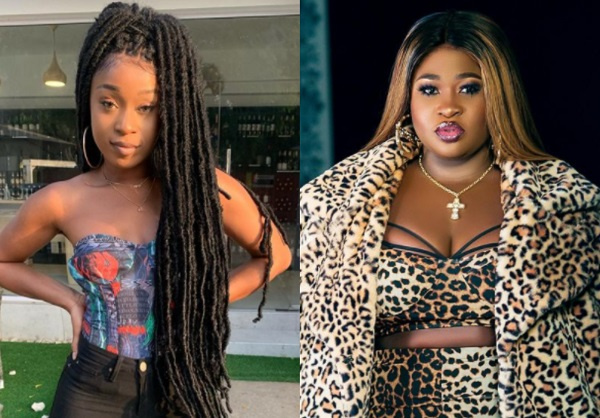 • The actress in response has body-shamed Sista Afia

Actress Efia Odo has taken a swipe at Ghanaian celebrities who have flaunted the new iPhone 13 on social media by posing with it. According to her, owning the latest phone in the world is not an accomplishment.

In a tweet dated September 29, she wrote: “Why is acquiring the latest iPhone such an accomplishment to many Ghanaians? This really baffles me and I need answers cuz it’s quite embarrassing especially seeing ‘celebrities’ posing with their new iPhone.”

But her statement has triggered a response from her longtime rival, singer Francisca Gawugah, popular known as Sista Afia. The two have in the past been caught up in a feud that witnessed the two body-shaming each other.

The singer reacting to Efia’s tweet which has generated several reactions on blogger, Nkonkonsa’s Instagram post wrote “mteeww” to confirm her disapproval of the call by actress Efia Odo who doubles as a brand influencer.

An angry Efia in a clap back at the singer rained insults on her, calling her a ‘hippo’ to once again body shame the “Weather” hitmaker whom she considers as a plus-size woman.

She wrote: “This hippo is in love with me on God!! She never has this energy on set tho! Sista Afia why you act like a pus ass bitch when you see me but you always gangster on IG!! You saw me a few days ago on set but where was this energy. Pus ass fake bit**.” 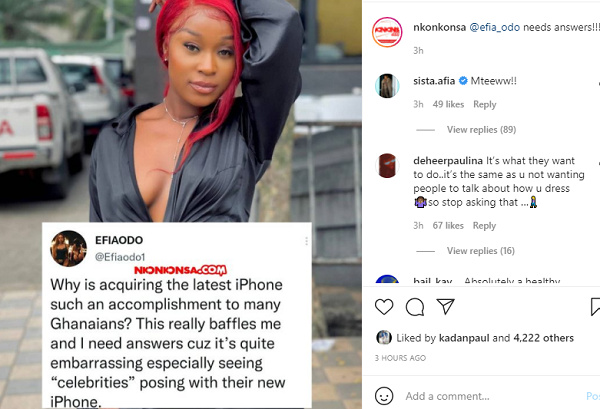