The ballot box does not stop the bullet – Antwi Danso 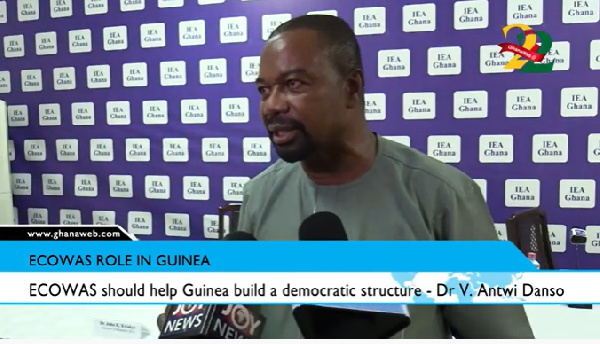 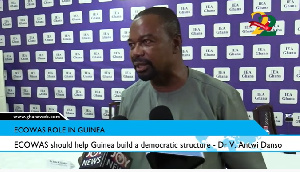 Dr. Vladimir Antwi-Danso, the Director of Academic Affairs at the Ghana Armed Forces Command and Staff College (GAFCSC), has stated that merely having a system of choosing leaders through the ballot is not enough to stop violence.

He explained the way democracy has been understood in Africa is erroneous, contributing to why there is the wrong notion that by merely holding elections, we are fulfilling all the tenets of democracy.

“We have made democracy like eh, I’ve said it on this platform before: democracy is not an event, it is a process. If you make like an event, then it’s like this: he who brace the tape first is first… so when you’ve fulfilled all the parameters of running the 100-meter race, then you’re there. Democracy is not like that.

“Democracy is a process where gradually you build your institutions, gradually you make changes suiting your socio-historical and cultural specificities. You cannot bring American democracy to Ghana. Our socio-economic, socio-cultural, the historical trajectory we’ve taken is that we are changing our democracy gradually,” he said.

Speaking during an Institute of Economic Affairs (IEA) Policy Dialogue on “What went wrong in Guinea? Lessons for Africa,” he explained further that democracy should be something that is built on gradually.

Dr. Vladimir Antwi Danso further explained that the examples from Guinea and other countries that have experienced coups lately should show people that it is not enough just having a balloting system in a country to stop people from engaging in election-related violence.

“People believe that when you have the ballot box; you elect your leaders, you change them frequently, voila, democracy. Sorry, you have heard of the coups that happened, didn’t they vote for Conde? Didn’t they vote for all the others that have been overthrown?

“So, indeed, the ballot does not stop the bullet, that’s one of my principled things I’m leaving with you today. Never think that the ballot stops the bullet. You can have your ballot, if it’s not free and fair and you accept it, the bullet can come,” he said.

Also in attendance was the Chairperson of the Electoral Commission, Jean Mensa.