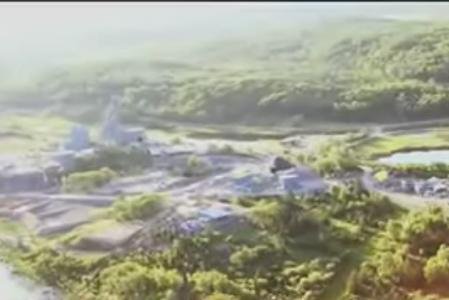 Sept. 28 (UPI) — Canadian authorities said Monday night that 33 of 39 miners trapped underground near Sudbury, Ontario, since Sunday have been freed with the other six expecting the join the later Tuesday.

The workers at the Totten Mine in the Worthington area were trapped 3,000 feet to 4,000 feet underground for more than a day before good news came, the mining company Vale said. An accident damaged an elevator in the mine.

“No one has been physically injured in the incident in the evacuation,” the United Steelworkers Union said, according to CTV News. “The highly trained rescue team has been working since last night to evacuate the miners who have been trapped underground since mid-day on Sunday. Food, water, and other necessities are available and workers are being given rides home.”

Nick Larochelle, president of Steelworkers Local 6500, said the elevator accident damaged the shaft, leaving workers to employ ladders and ropes, with the help of rescue crews, to climb their way out of the deep mines.

“When an incident like this unfortunately happens, everyone comes together,” Larochelle told CTV News. “The miners support each other, the highly trained mine rescue teams come together.”

Shawn Rideout, who is coordinating the rescue effort for Ontario Mine Rescue, said the miners who have already been brought to the surface are in good spirits.

“Everybody’s doing fine here,” Rideout said, according to CBC. “The workers come up, they are obviously happy to see the sunshine but it’s smiles all around and everything’s progressing very well.”