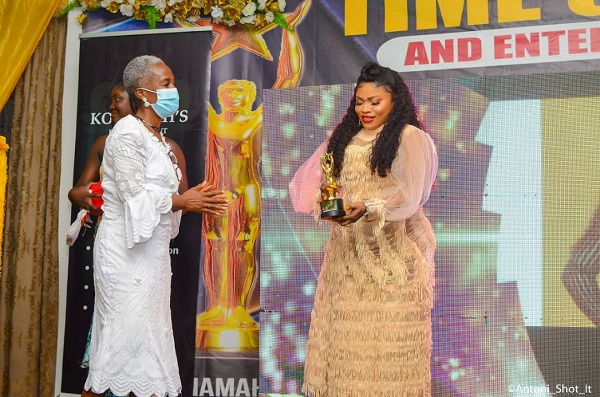 Celebrated Nollywood actress, Halima Abubakar over the weekend stormed Ghana to grace the 3rd edition of the Time Ghana Arts and Entertainment Awards (TGAEA), held at the Miklin Hotel in Accra.

The event held on Friday, September 24, by Konamah Entertainment, saw the Nigerian actress together with others receive some honour.

Halima together with Rev. Abbeam Ampomah Danso, Maame Africa Tourism received the Special Awards for their wonderful contribution to the creative arts in Africa.

Upon receiving the award, Halima expressed her profound gratitude to the organisers for the honour.

According to her, what was bestowed on her was humbling, and wishes to be on the stage again.

The night saw many individuals who have played instrumental roles in the growth of the creative arts honoured for their selfless contributions.

Halima Abubakar who hails from Kogi state in Nigeria, had her career in Nollywood start in 2001 when she played a minor role in Rejected. Her first lead role was in Gangster Paradise. 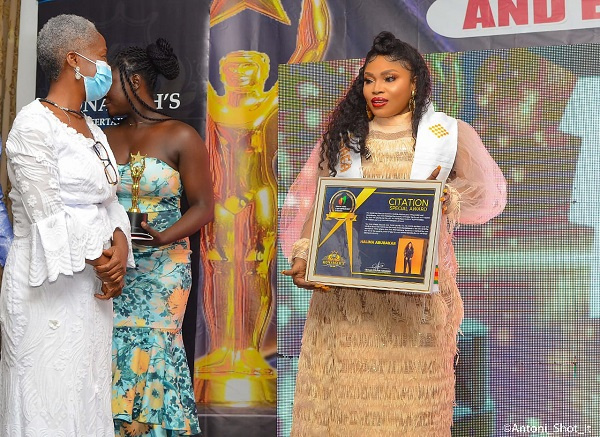