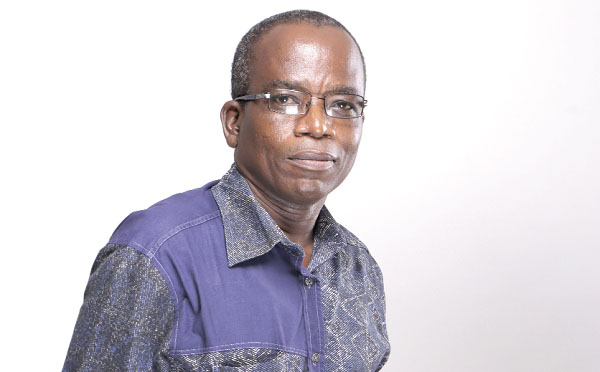 Chairman of the National Media Commission, Yaw Buadu Ayeboafo, is advising journalists against rushing stories to the press when all details of a doubtful story are not given.

He said a good journalistic piece must not be subject to any ambiguity or falsehood, but its contents must be clear to prevent the destruction of the credibility of an institution or that of others.

Mr Ayeboafo gave the advice at a media forum organized by the Right to Information (RTI) Commission as part of it Week-long activities to educate the public on the new Act 989 in Accra.

He urged the media to be diligent with facts about an information received, saying “it pays to take time to publish accurate information to maintain your credibility than to make unpardonable mistake and latter render apologies. “Be patient with the process of sourcing for information under the RTI to ensure quality outcome”.

Mr Ayeboafo encouraged the journalists to sustain education on the new law for the public to appreciate its importance and utilse it to ensure accountability and good governance of institutions across the country.

Panelists at the media forum which was on the theme: “The role of the Media in Promoting the Implementation of the RTI Act,” admitted that, much as journalists had a mandate to share information on timely basis with the public, they must own the Act by way of having full knowledge of its provisions, to be able to educate on it.

They asked the RTI Commission to factor journalists into their planned orientation and training programmes on the new law to ensure maximum returns through the effective delivery information to the public by way of quality publication.

This would be climaxed on September 28, 2021, with the commemoration of the International Day for the Universal Access to Information, which would be marked with a public forum for interaction between Civil Society Organisation, Public institutions, the media, and the diplomatic corps engage on matters of interest on the implementation of access to information, he said.

He said the Media Forum, which was supported by the Media Foundation for West Africa would also afford the Commission an opportunity to engage on the implementation of the law.

He said the Commission required their platforms to educate and promote this right as it had been set up to do and would want to collate their concerns as well.

He assured Ghanaians of the Commission’s commitment focus on its objective to protect, promote, monitor and to enforce the RTI as provided by Article 21 paragraph (1) (f) of the 1992 Constitution of Ghana.