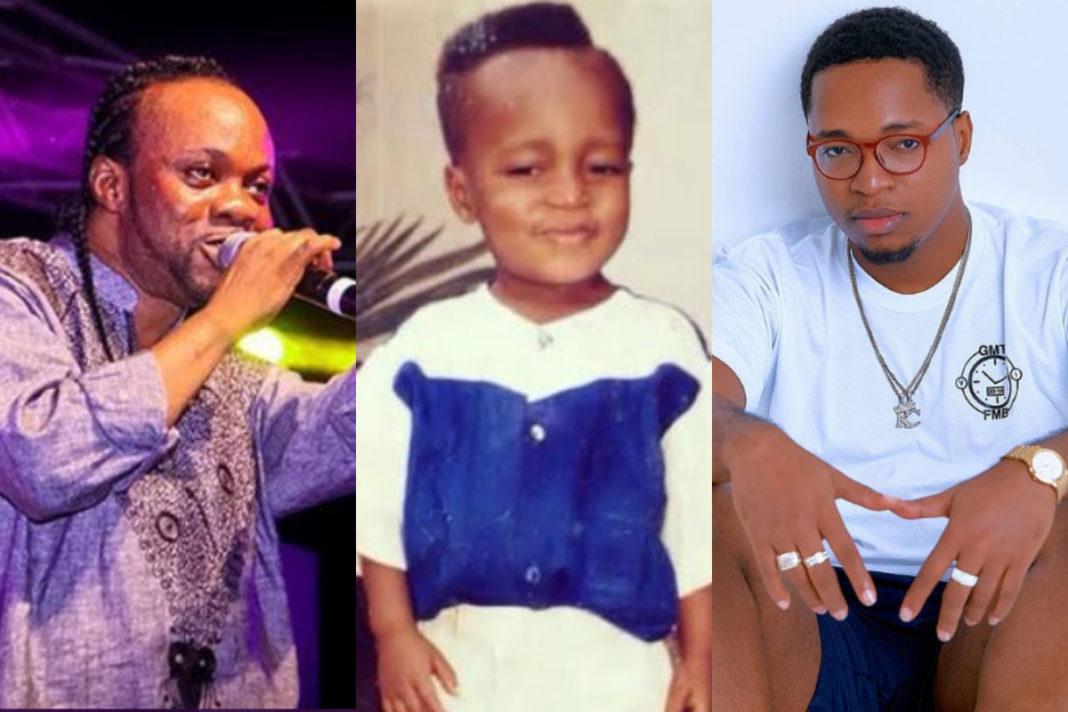 Today happens to be the birthday of the legendary Highlife singer, Charles Kwadwo Fosu, well known as Daddy Lumba. The musician who played a key role in uplifting the Ghana music industry back in the days is being celebrated on the microblogging platform, Twitter by Ghanaians and music lovers all over the world.

READ ALSO: “Come Give Me 100K Eh, The Last One No Reach Me Oh”-Sadiq Abu Publicly ‘Begs’ Shatta Wale After He Flaunted Thousands Of Cedis In Latest Video

The new crop of singers like Kuami Eugene, Kidi, King Promise, and others all drew inspiration from legends like Daddy Lumba. Although it seems the legend has halted his music career, he has earned his name and all the accolades from Ghanaians as one of the best entertainers in Ghana.

In a most recent tweet, Kojo Cue, a Ghanaian rapper has recounted one of his best moments as a child when he heard of the legend, Daddy Lumba.

According to him, his childhood picture was being mistaken to be that of Daddy Lumba and it seems he felt happy because he had a striking resemblance with Daddy Lumba, a living legend.

He wrote; One of my favorite things about this day is my childhood picture being mistaken for Daddy Lumba …

In other news, a social media user on the microblogging platform, Twitter with the account name Lil Carby has stated that the Ghana music industry has not been stable ever since the death of the former Rufftown Records signee, Ebony Reigns.

Ebony Reigns used to be one of the best female entertainers in the music industry. The “90’s bad girl” broke into the music scene with some of her most popular hit songs “Maame Hwe”, “Sponsor”, “Hustle”, “Kupe” and “Konkonsa Police”, making one of the few songstresses to achieve such great heights with their craft in music.