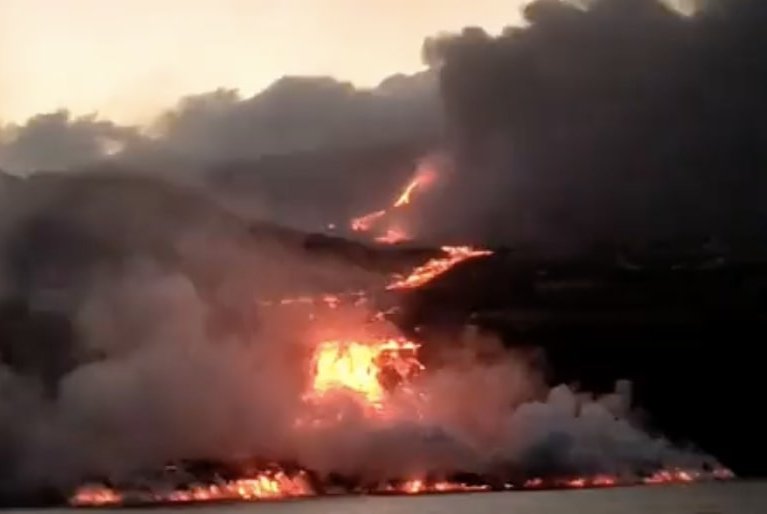 Sept. 29 (UPI) — Slow-moving lava from the volcano that erupted on La Palma in the Canary Islands has finally reached the ocean, releasing steam and possibly dangerous gases as the magma hit the water.

The eruption began on Sept. 19 and for days the lava has slowly been making its way to the edge of the island.

As the lava pours into the sea, it naturally releases large plumes of steam — and also possibly toxic gases dangerous to humans.

The lava fell from a 330-foot cliff in the area of Los Guerres beach. The water there is shallow and the lava deposits form land quickly.

At one point, a large deposit measuring 160-feet formed in less than an hour, scientists said.

Authorities have evacuated everyone in the immediate surrounding areas of the lava flow, and advised those outside the zone to remain in doors in case there were harmful gases coming from the magma.

The lava flow has destroyed hundreds of homes since it began more than a week ago.

The Volcanic Ash Advisory Center in Toulouse issued a warning Wednesday about volcanic ash rising 17,000 feet into the air and moving southeast.