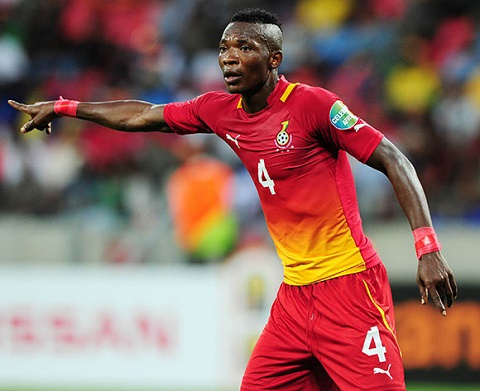 Former Ghana International John Paintsil has asked the Ghana Football Association to give local coaches the opportunity to coach the Black Stars as there are a lot of them with the required coaching badges.

Charles Akonnor was recently fired by the Ghana FA following the Black Stars uninspiring showing in the 2022 World Cup qualifiers.

The former Ghana captain was axed together with his assistants leading to the appointment of a new coach.

The three-member committee tasked to appoint a new coach selected Milovan Rajevac who makes a return to the national team for a second spell.

According to the former Fulham defender, local coaches can do the Black Stars job when given the full support.

“They [local coaches] stand a big chance and they have a bigger page to tell because most of the coaches are doing well,” he said in an interview with National Attoh on the Joy Sports Link show.

Paintsil listed some coaches when given the opportunity can handle the senior national team.

“Odartey Lamptey has been here for a while and then, Didi Dramani who is also working outside in and out. We have Laryea Kingston coming, Godwin Atram is also in.

“Awudu Issaka is also working so hard and we still have our former national team coach Kwesi Appiah also around. We have many of these local coaches who are doing well.

“And don’t forget that these coaches are holding License A. We have more than 150 coaches holding CAF license A in Ghana here and which they need the opportunity to do well. But if you don’t give them the chance to do well then there is nothing that we can do and the supporters will also see.”

The former Fulham right back believes Akonnor would have still qualified Ghana to the World Cup despite picking three points from two qualifiers.

“For instance the World Cup qualifiers, CK Akonnor would’ve qualified anyway, but when the decision is coming there is nothing that you can do. We should not underrate the local coaches, we should give opportunities and chances, “he concluded.