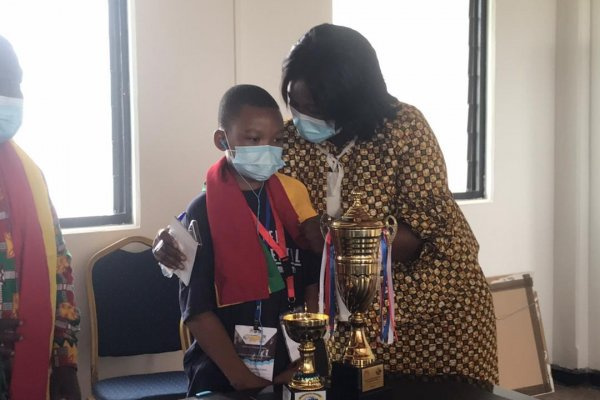 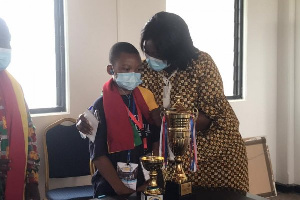 Master Angel Arhin, the 2021 second runner-up of the inter-continental spelling ‘B’ competition who represented Ghana in Dubai, has been highly commended by the Central Regional Minister, Mrs Justina Marigold Assan for the enviable feat.

The 11-year-old pupil of the University of Cape Coast (UCC) Basic School, made history for winning the award in Dubai, making him the first African and a Ghanaian pupil to win that prestigious award.

The contest was organized by the Edupro Organization, Ghana with sponsorship from his parents and the Regional Minister because the Ghana Education Service (GES), has no package for such international events.

Before bagging the award by placing 3rd in Dubai, Master Arhin won the inter-school’s tournament in Ghana and went on to represent Ghana at the international level.

He also took the first position in the Africa zone and was awarded prizes, a certificate of participation, and medals.

A team led by Mr Kofi Sekyiama Pobee, the coordinator who spearheaded the Sponsorship for the boy, presented the award to Mrs Assan at the Regional Coordinating Council (RCC) on Monday. 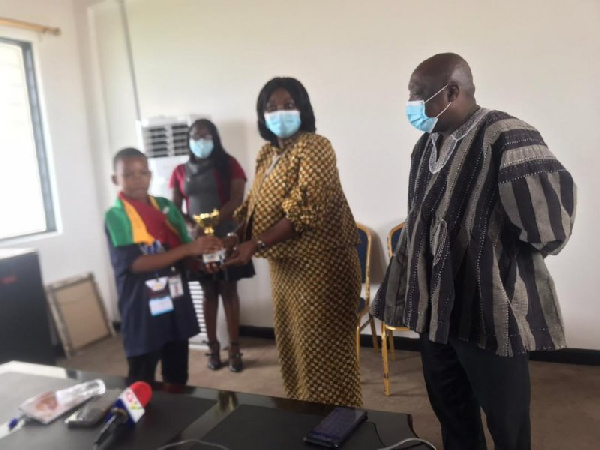 The Minister encouraged Master Arhin not to rest on his oars but learn hard to excel in his academic pursuit.

She said Master Arhin had made Ghana and Africa proud and that his participation would serve as a model for other young ones to learn hard and justify the investment made in them by their parents. 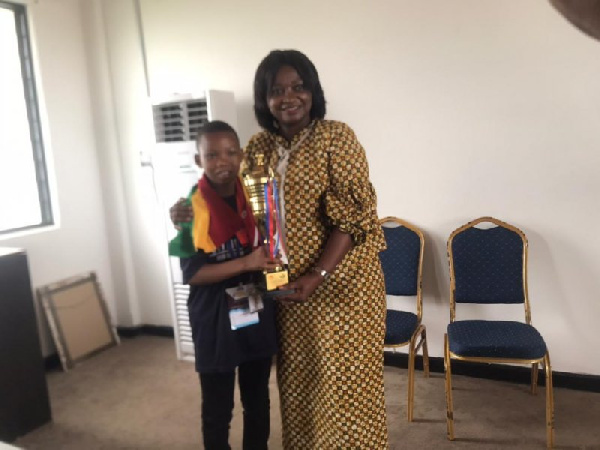 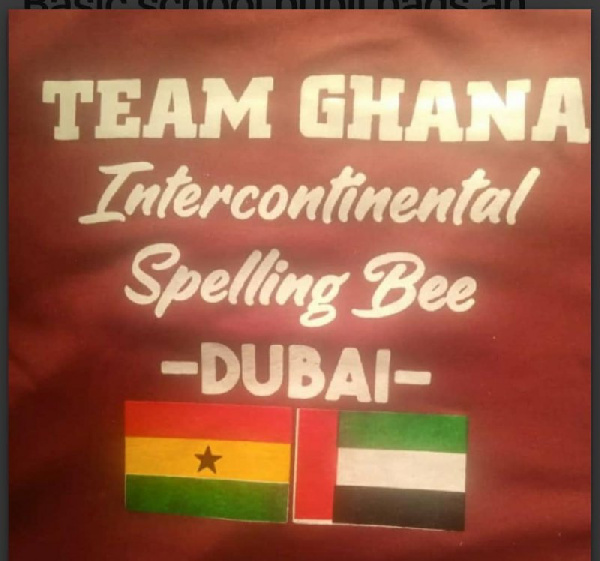 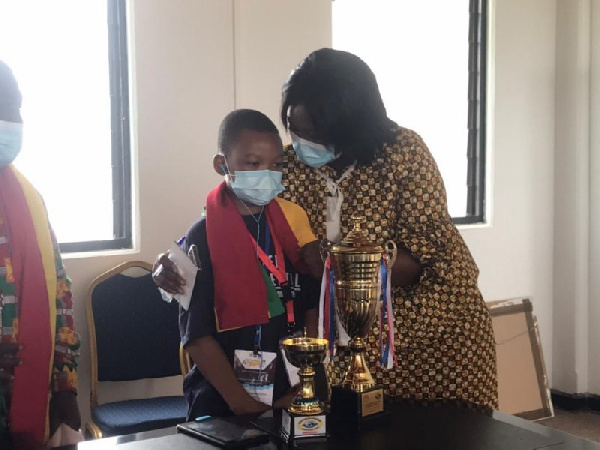 Mrs Assan indicated that his performance represented the power of his brain which was worth celebrating to encourage the younger generation to learn from his achievement.

She encouraged parents to invest in their children’s education since they were the future leaders to steer the affairs of the country.

Mr Sekyiama Pobee, thanked the Minister for her support and called on GES to institute a scheme to support pupils who may participate in such international competitions because the honour eventually would go to the country.

He was full of praise for Master Arhin’s lead coach, Mr Francis Grant for his resilience that brought the ‘boy this far’ and asked for more of God’s blessings for him.

Mr Victor Addison, the Headmaster of the UCC Basic School, North Campus said he was proud of Master Arhin and believed children in Ghana were as capable as children anywhere.

He called on parents to support their children to read to unearth their potentials and thanked all who supported the team for making the dream a reality, particularly the Regional Minister.

He charged the government and parents to support children in all their endeavours and advised young children to be interested in reading and spelling.

In an interview with the Ghana News Agency (GNA), Master Arhin expressed his excitement and the joyous moments when he was called to receive his award.

“I am very happy that I have made my parents, teachers, and the Minister proud”, he said, beaming with smiles.

He thanked all who supported his parents during the tough times to raise the amount for his trip and was grateful to the Minister for the support towards that course.

Professor Johnson Boampong, the Vice-Chancellor of UCC congratulated Master Arhin for his success and wished him well in all his endeavours.

He thanked the coaches, management, and family for being part of the success story and urged them to continue to support Master Arhin as he was an asset to the country.