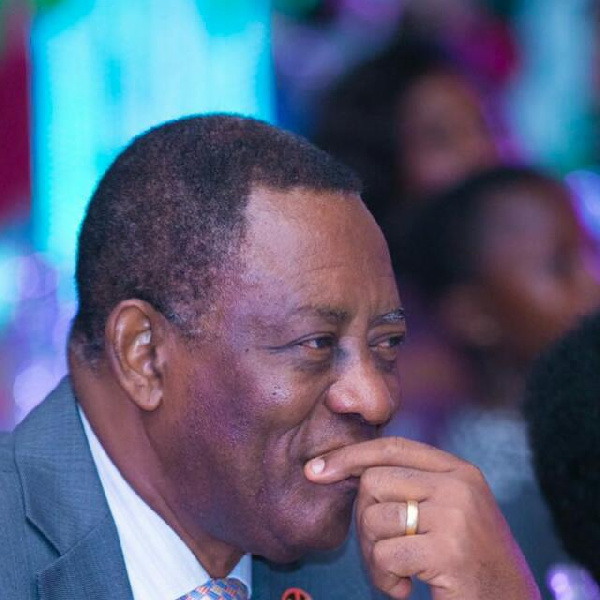 An expert stevedore, Francis Anyidoho, has welcomed President Akufo-Addo’s appointment of a former High Commissioner to the United Kingdom (UK), Mr. Isaac Osei, as Board Chairman of the Ghana Ports and Harbours Authority (GPHA).

In an interview, Mr. Anyidoho called the appointment a masterstroke from the President saying he expects Mr. Osei’s rich experience to be brought to bear on the operations of the GPHA.

“As part of his rich experience, he has managed the Tema Oil Refinery before and also served as the CEO of the Ghana Cocoa Board and so naturally what you expect is excellent stewardship from Mr. Isaac Osei,” Mr. Anyidoho said.

The man who is also a professional weight lifter added, “the decision of the President is another masterstroke for the sector.”

Mr. Osei, a former Chief Executive Officer of the Ghana Cocoa Board (COCOBOD) and the Tema Oil Refinery (TOR), was appointed on September 14, 2021.

He takes over from Mr. Peter McManu, whose tenure lapsed this year.

Other members of the new GPHA Board are the hardworking Director-General, Michael A Luguje; Madam Mabel Esi Sagoe of the Transport Ministry; Captain Ebenezer Afadzi, Director of Takoradi Port; Sandra Opoku, Director of Tema Port; and Benonita Bismarck, representing the Ghana Shippers’ Authority.

“I think that the calibre of appointees to the Board, in general, is very solid; the Chairmanship of Mr. Isaac Osei is a fine icing on the cake,” Mr. Francis Anyidoho said.

The respected stevedore said he expects Hon. Isaac Osei to bring his Midas touch from previous areas of service, including COCOBOD, to bear on his work at the GPHA.

During his time as CEO of COCOBOD, he implemented a three-year plan aimed at producing one million tonnes of cocoa with a focus on three main areas – trade logistics and infrastructure, productivity enhancement, and disease and pest control.

A management and leadership executive, Isaac Osei is also the former New Patriotic Party (NPP) Member of Parliament for the Subin Constituency in the Ashanti Region.

He is expected to use his decades’ long experience in public service to boost the operations of the ports authority to improve on international trade.

His outstanding contributions and achievements to the Ghanaian economy saw him recently being inducted into the Corporate Ghana Hall of Fame alongside 18 other corporate achievers.

As Managing Director of TOR, Mr. Osei supervised the first routine maintenance of both the crude distillery unit (CDU) and the residual fluid catalytic cracker (RFCC), thereby reducing losses and improving the efficiency of both plants.

The refinery was also able to attract BP and Vitol as partners to help improve its operations.

“Mr. Isaac Osei has a unique brain power with a very high pedigree, he is God-fearing and cuts across social lines,” Mr. Francis Anyidoho said.