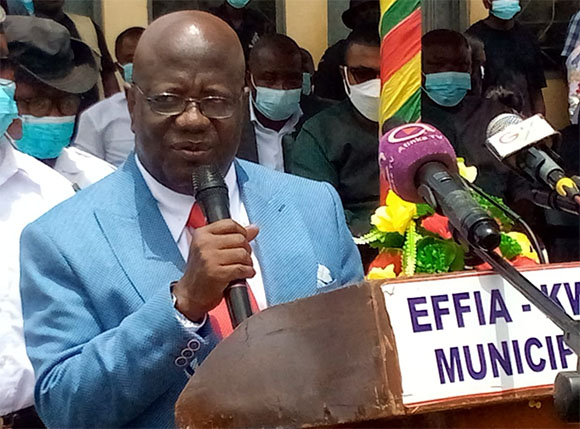 Kojo Acquah, the President’s nominee for the position of Municipal Chief Executive (MCE) of the Effia-Kwesimintsim Municipal Assembly (EKMA), in the Western Region, received overwhelming endorsement after all 20 assembly members voted for him to become the MCE for the assembly yesterday.

The president’s nominee who was once a Western Regional Organizer and Deputy National Organizer of the New Patriotic Party (NPP), was among the MCEs who were renominated by the President recently.

All assembly members, including the elected and the government appointees, unanimously voted for Kojo Acquah.

There was wild jubilation at the premises of the municipal assembly at Effia after he obtained 100 percent votes.

The assembly members, who were clad in all white made some joyful noise immediately the nominee was declared the MCE-elect by the Municipal Director of Electoral Commission, Fred Opare. 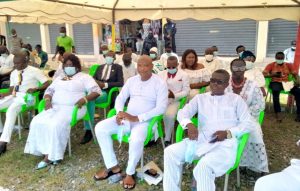 Mr Acquah, who was overjoyed, pledged to work tirelessly to expedite the developmental of the area.

He thanked President Akufo-Addo and the assembly members for reposing confidence in him.

He said his confirmation was a clear indication of the unity and togetherness that prevails in the assembly.

Mr Acquah, therefore, urged the people to support his administration to succeed.

He reiterated his readiness to unite the entire people in the municipality so that together they would implement effective programmes and policies geared towards speeding the growth of the area.

He said the assembly must do more to create opportunities for the people to lead healthy and productive lives.

“As we begin this second term, let us allow our history, struggles and successes chalked so far in this Municipality inform every decision we take”, he stressed

The Western Regional Minister, Kwabena Okyere Darko-Mensah explained that the current government created the relatively new assembly to enhance decentralization of the local government and ensure accelerated development of the communities.

He indicated that all the required human resource had been posted to ensure the effective operation of the assembly.

Earlier, the Presiding Member for the assembly, John Davies, called on the assembly members to honour the president by giving his nominee an overwhelming endorsement to facilitate development in the municipality.

Meanwhile, most of the assembly members that spoke to DGN Online promised to support the MCE to transform the area.