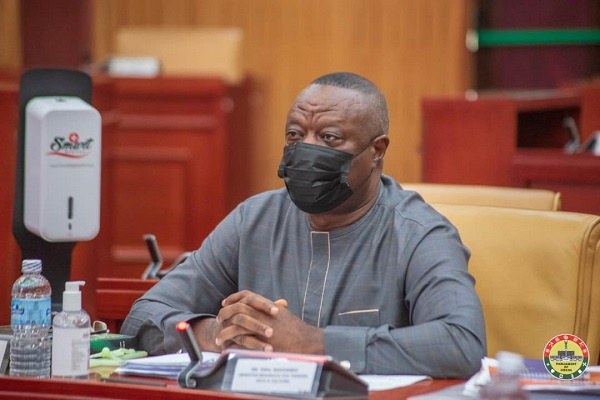 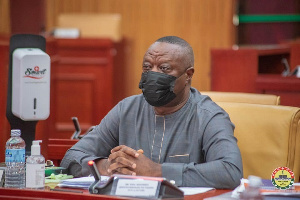 He said as the umbrella body of tourism promotion globally, UNWTO is in a better position to convince developed nations to contribute appreciable quantities of vaccines to support the global vaccination drive, especially in less developed countries.

Dr. Awal made the call when he addressed the 41st World Tourism Day celebration held in Abidjan, Cote D’lvoire, under the theme: “Tourism for inclusive growth” on Monday.

“COVID-19 have had a devastating impact on livelihoods and jobs around the globe and it is time nations supported each other to minimize the effect of the pandemic and stimulate economic growth.”

Dr. Awal stated that President Nana Addo Dankwa Akufo-Addo was committed to ensuring that 20 million Ghanaians were vaccinated against COVID-19 by the close of this year.

He added that in addition to ensuring that many Ghanaians were vaccinated against COVID-19, the government was enforcing the observance of protocols.

Touching on the Beyond the Return project, the Minister entreated Africans in the diaspora to visit Ghana and connect with their roots.

“Ghana is one of the most peaceful countries in Africa, with a favourable investment climate and proactive leadership”, he said.

According to him, international tourists arrivals had reduced by over 65 % and that had affected the country’s revenue generation and jobs creation.

He, therefore, called on the World to work together to ensure the revitalization of the tourism sector.

On his part, the Secretary-General of the UNWTO, Zurab Pololikashvili said to achieve inclusiveness; there was the need for political and economic commitment and action to invest in people and places where it would make a real difference.

Mr. Pololikashvili explained that inclusivity means that everyone who had a stake in tourism should also have a say in the sector’s future.

He said the political commitment was evident in the large ministerial representation of Ministers at the celebration which he indicated was the highest on record for an official World Tourism Day celebration.

“This is very encouraging and confirms that the need for inclusive policy is a shared priority for our sector,” Mr. Pololikashvili said.

Siandou Fofana, Minister for Tourism and Leisure for La Cote D’lvoire stressed the need for African countries in particular to remove barriers that hinder travelling within the continent.

That, he noted, would not only enhance trade and investment on the continent but also lead to the growth of tourism.

He expressed his appreciation to the UNWTO for choosing La Cote D’lvoire to host this year’s celebration.

The event was attended by Tourism Ministers and other key stakeholders in the Tourism sector from countries such as The Gambia, Spain, Mali, Niger, Tanzania, Togo, and DR. Congo.