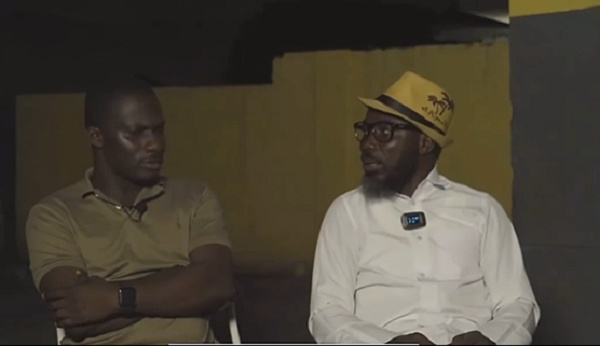 • He says ZionFelix sleeps around with women

Kumawood actor, Big Akwes, says Blogger, ZionFelix, should under no circumstance call himself a Christian since he does not obey the commandments of God.

According to Big Akwes, Zion, who is reported to have impregnated two women who are not officially his wives, shows that he is backsliding.

The actor, who was being interviewed on ZionFelix TV, took over the show by posing questions to the interviewer.

“Are you a Christian? Why then do you fornicate, how many women have you slept with and why are you doing that if you haven’t married any of them? It is a sin but you are here telling me that you’re a Christian,” Big Akwes said.

ZionFelix who was taken by surprise over the turn of event responded by saying “the fact that you are a Christian doesn’t mean you can’t commit sin, we all sin.”

Not satisfied with his response, Big Akwes intimated that most Christians are not living a just life.

“In the 10 Commandments, God listed the things he hates. You (Zion) have broken all the commandments but when we ask, everybody in Ghana says they are Christians. I am not a Christian because I haven’t been able to obey His commandments. What God hates is for people to be lukewarm.

“Zion the life you are living clearly shows that you are not a Christian. We have all the stories of you having sex with multiple women … never in your life say you are a Christian. If you are living a just life, you’ll know it. All those who will go to heaven know themselves,” he noted.