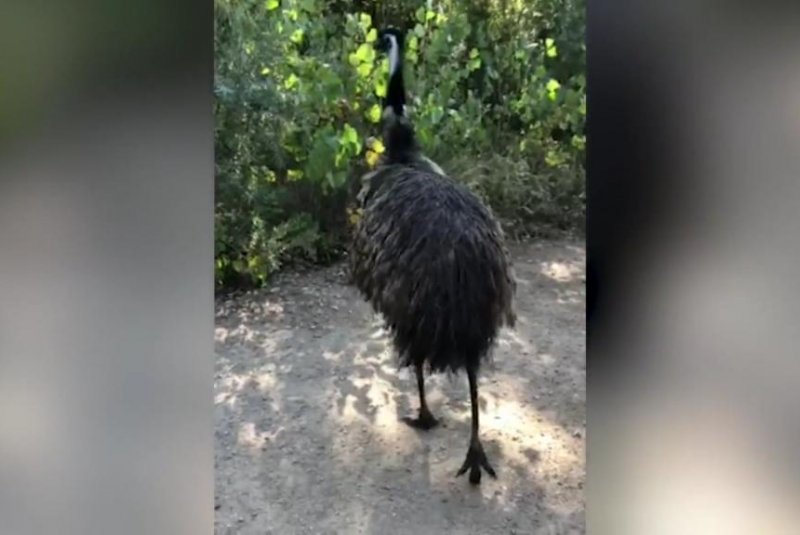 Sept. 28 (UPI) — A visitor to a nature area in Colorado captured video of her unexpected encounter with a non-native animal: an emu.

Lydia McCracken said she was walking with her grandparents and her dog in the McMurry Natural Area in Fort Collins when they were approached by the flightless bird, which is native to Australia.

“He just casually kept strolling right on up toward us. He seemed very social. My dog was not about it; he started kind of barking,” McCracken told KDVR-TV.

McCracken captured video of the bird and posted it to Reddit.

The hiker contacted animal control and said she saw authorities arrive before she left the area.

“They said they had a team coming up here, and a little while later, we saw some animal control people and a couple police officers driving around trying to find the thing,” McCracken said.

The Fort Collins Police Department said the emu was captured safely and returned to its owner. The department did not identify the bird’s owner or say how it ended up on the loose in the nature area.

Emus are legal to keep as pets in Colorado.