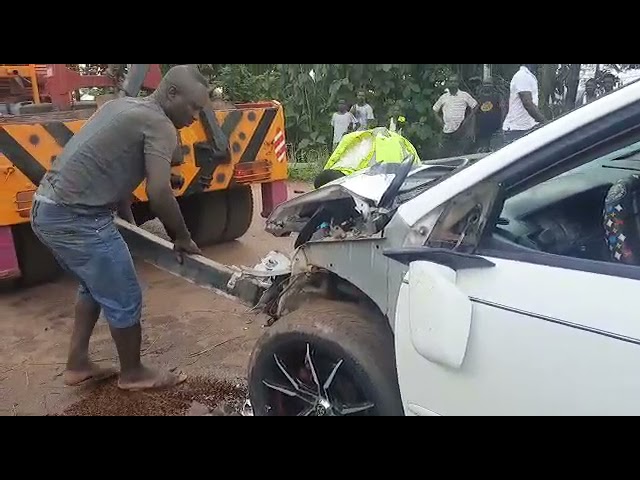 Two persons have been confirmed dead in an accident on the Agogo-Hwidiem highway, Tuesday morning.

The crash was between a white salon car with registration number AS 196-19 and a tricycle, known locally as ‘Pragya’.

An eyewitness who spoke to Adom News said the salon car diverted into the opposite lane, where the tricycle was plying.

It is said that the tricycle somersaulted into the car, before landing on the ground with a thud.

Its driver is said to have sprang out of the windowless tricycle.

Both drivers, males, are said to have succumbed to their injuries, while about three others driving in the white salon car survived.

The police have removed and deposited the bodies at the Agogo Presbyterian Hospital mortuary for preservation.