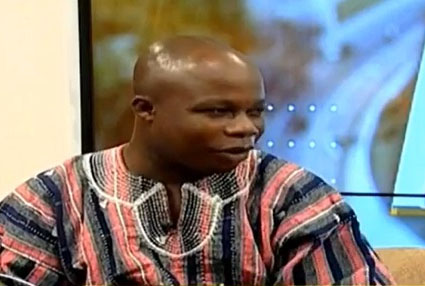 The taxi driver who claimed on radio that he had killed human beings for rituals has been granted bail by an Accra Circuit Court.

He was ordered to report himself to the Criminal Investigation Department (CID) of the Ghana Police Service every Tuesday as part of the bail conditions.

Private legal practitioner, Theophilus Donkor had for the third time prayed the court to grant him bail pending police investigations and subsequent trial.

The application was not opposed by ASP Sylvester Asare who led the prosecution and was granted by the court presided over by Rosemond Baah Torsu.

The case was adjourned to October 26 for continuation.

The brief facts of the case per court document indicated that sometime in September this year, the attention of the police was drawn to a statement made or published on the ‘Maakye’ show on Onua Television by the accused to the effect that he buried a pregnant woman alive at Ashaiman in the Greater Accra Region.

It said upon the receipt of the information, the police launched investigation into the matter which led to the arrest of the accused.

The document indicated that preliminary investigation into the matter revealed that the accused is a taxi driver and resides at Weija in Accra.

It said it was also established during investigation that on September 2, 2021 on Onua TV’s morning show dubbed ‘Maakye’ with Captain Smart as host, the accused in a response to a question from the host stated that he (accused) had killed several persons in the past.

“Additionally, the accused person also stated that he buried a pregnant woman alive at Ashaiman to perform sacrifice for Alfred Agbesi, the former NDC MP for Ashaiman,” the document said.

It added that the police are yet to extend their investigation to locate the scene of the alleged burial site as well as those of the supposed victims of the ritual murder mentioned by the accused person.