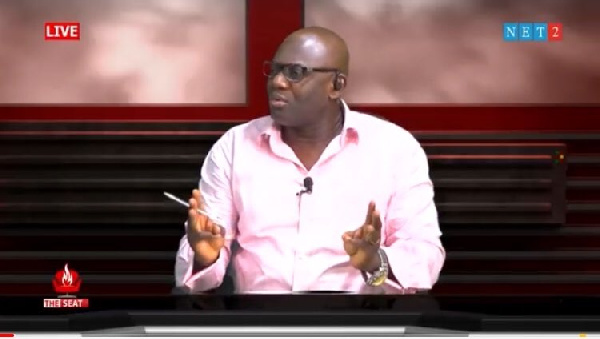 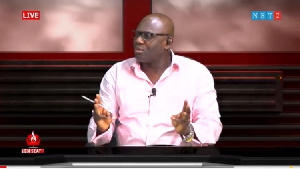 Kwaku Annan is a presenter at NET2 TV, a station owned by Kennedy Agyapong

Kwaku Annan, host of Net2 TV’s ‘The Seat Show,’ has alleged that reports on two high profile murders are ready and in the possession of the Acting Inspector General of Police, Dr George Akuffo Dampare.

Speaking on the September 27 edition of the show, Annan begged the police chief to in the interest of justice release the report.

He added that information he had gathered showed that there was enormous pressure from some quarters seeking to block the release of the said report.

“We are strongly pleading with the Acting Inspector General of Police, George Akuffo Dampare, this will be the third time we are calling on your office to help the world know the perpetrators behind the death of J. B. Danquah and Ahmed Suale.

“We are calling on you because we know that these two were murdered when you were Greater Accra Police chief and so you are abreast with all the investigations and details therein,” he said.

He continued: “We want you to be the IGP who defied all powers that be, all the calls – from persons bent on concealing the truth – and machinations to block the release of this very report … I will urge you to allow the report to come out for all to see and hear.”

Net2 TV belongs to Assin Central Member of Parliament, Kennedy Agyapong, who has been accused in some quarters of complicity especially in the murder of Ahmed Hussein-Suale whose photos he had broadcasted on his channel weeks earlier.

In the case of J. B. Danquah Adu, Agyapong has publicly stated that he was one of the first persons who was notified of the murder following which he visited the residence of the slain lawmaker.

According to Kwaku Annan, the IGP’s stance on this matter will be historic if he defies the pressures and releases the report: “This will define your era. That these two people were murdered and you stood your grounds and exposed the perpetrators,” he added.

About the two murders

Motorbike riding assailants reportedly shot him thrice: twice in the chest and once in his neck while the journalist was in a moving car in Madina, apparently heading home.

Ahmed played a key role in Tiger Eye Private Investigations which unravelled corruption in the Ghana Football Association in the documentary named “Number 12”.