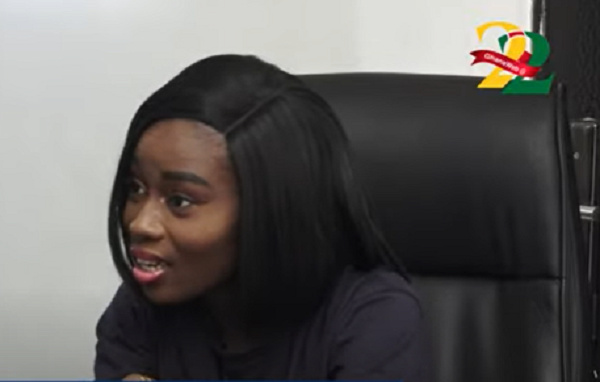 • She says LilWin has paid his dues in the movie industry

• Akua notes that Ras Nene is a breakthrough actor

She intimated that the actor who doubles as a singer has paid his dues in the movie industry but was quick to state that LilWin hasn’t reached the legendary status as he claimed to be.

“Ras Nene is not bigger than LilWin on Youtube. That notion is so wrong; it is not even true. LilWin had a YouTube channel that was hitting hundreds of subscribers but it got deleted because he was posting big buttocks but in less than a week he built the same magnitude, that guy is powerful on YouTube.

“If there is any actor in Kumawood aside McBrown that is powerful on YouTube, Ras Nene will not come close to LilWin. It is never possible; he shouldn’t even think about it. Ras Nene is a breakthrough, LilWin is a success,” said Tilly.

According to Tilly, it will be unfair to compare Kwadwo Nkansah with Ras Nene who she termed as a ‘breakthrough’ actor.

“The LilWin I know is more of a photocopy of Agya Koo only better though. He is really funny, so to compare Ras Nene to him is an unfair comparison I must say but to give him a legendary status is an overhype to me. LilWin has done the job, you can’t use the fact that he is petty to ruin his hard work.”

Also speaking on Bloggers’ Forum, Publicist, Kofi Xerda added that Ras Nene who is best known for his skits on YouTube is not as well known as LilWin.

“YouTube is a global platform but how many of our parents watch YouTube? They are always watching TV, the local channels so if it is not their sons or daughter who will buy them the android phone they are glued to their TV,” he added.