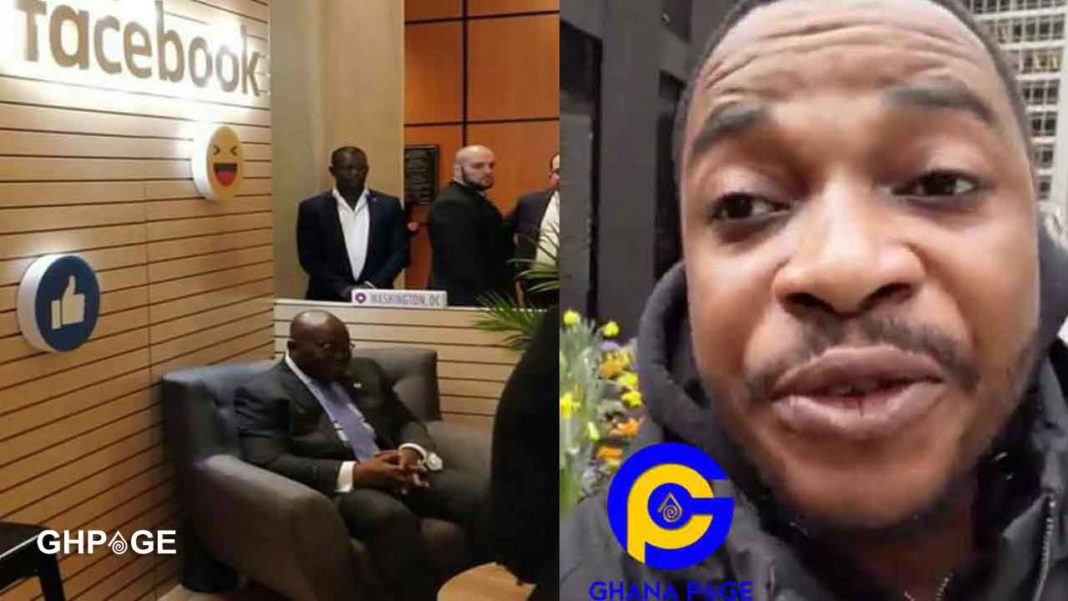 A photo of His Excellency the President of Ghana, Nana Addo Danquah Akuffo-Addo at the Facebook office at Menlo Park, California in the United States of America has raised a buzzer.

The purpose for his visit to the popular social media platform owned by an American multinational technology company is unclear.

However, rumours indicate the Nana Addo went to ask the administrators of Facebook to introduce some rules that will check inimical posts, comments and images against the government on the platform.

In the past weeks, Twene Jonas and some other known people have resorted to using social media as a tool to register their displeasure and share their opinion on issues regarding the nation and Facebook is one of the platforms these people use.

Facebook having a wider audience/users aid these aggrieved citizens in sharing their thoughts in form of comments, videos, pictures etc to expose the rot and good of others especially the government.

The NPP government led by President Akufo-Addo has on numerous occasions been met with bitter and damaging comments from some people. Twene Jonas tipped as number one.

Owning to Nana Addo’s visit at Facebook, Netizens have linked the President’s call on the American company to report the controversial and loudmouth socialite Twene Jonas to prevent his antagonistic rants.

WATCH THE VIDEO BELOW; ABENA GOLD SPEAKS MORE ON THIS;